Around 5,000 Syrian Turkmen families have fled to Lebanon, totaling between 125,000 and 150,000 people from all regions of Syria – Homs, Hama, Tartous, Aleppo, Damascus and Idleb 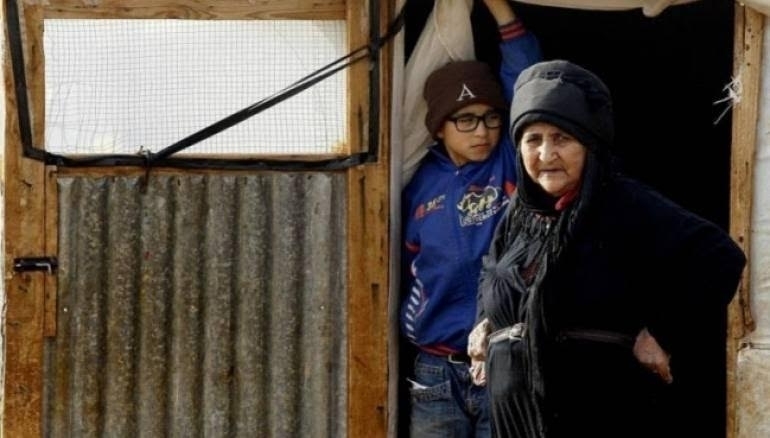 Syrian Turkmen refugees in Lebanon accuse Turkey of ignoring their suffering, there are almost 5,000 families in Lebanon.

Ibrahim, a 13-year-old boy from the village of Zara in the countryside of Homs, looks for empty cans, worn-out shoes and plastic parts to sell for food on the streets of Lebanon.

Ibrahim is one of thousands of Syrian Turkmen children who fled war to Lebanon seeking safety, but they were soon confronted with harsh ostracism and humiliation on a daily basis.

Around 5,000 Syrian Turkmen families have fled to Lebanon, totaling between 125,000 and 150,000 people from all regions of Syria – Homs, Hama, Tartous, Aleppo, Damascus and Idleb – compared to the Lebanese Turkmen, who number less than 15,000, activist Mohammed Kassab from the Union of Media Professionals of Turkmen in Syria told zaman al-Wasl.

According to Kassab, Syria’s Turkmen had hoped the Turkish Embassy would care for them when they applied for asylum in Lebanon, where they repeatedly attempted to communicate with the Turkish authorities but were unsuccessful.

Kassab mentioned that several meetings had taken place between activists and well known figures from Syria’s Turkmen community, including delegations and representatives of the Turkish government, but were fruitless, noting that nothing had changed to the refugees’ situation.

Kassab provided Zaman al-Wasl with statistics pointing to the suffering of Syria’s Turkmen in Lebanon and the reality of marginalization they have lived with for years. According to Kassab, at least 500 widows of Turkmen martyrs, currently reside in Lebanon, along with about 20,000 orphans.

Those with chronic diseases, deformation, amputations and wounded account for around 500 refugees, with about 5,000 Turkmen children forced to leave school to beg or work to help their families.

The biggest cause of suffering, according to the activist, is a lack of job opportunities, which has forced more than 2,000 families to live in stables, farms or tents with no basic facilities.

The number of Syrian refugees currently registered with the UNHCR in Lebanon sits at 663,000, while Lebanese authorities confirm the total number of Syrians exceeded 1.1 million.