On the fifth anniversary of the Syrian revolution, Zaman al-Wasl examines what happened to the mosques and squares where the protests began 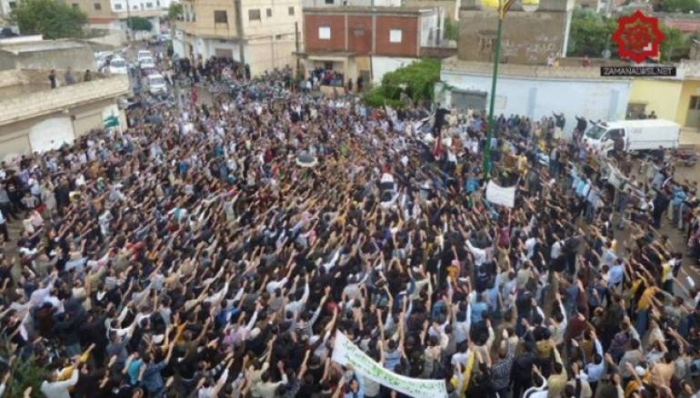 The Houla region in the northwest countryside of Homs province was one of the first towns to witness peaceful demonstrations on a large scale.

According to sources, Houlah’s towns and villages contain almost 20 mosques, five of which were the starting point for huge peaceful demonstrations following Friday prayer, where the march would then head toward Martyrs Mosque and Addawar Square in Taldo town, the biggest in Houla.

The regime’s militias had invaded the town in August 2011, using houses around Horiyah Square as military checkpoints and they destroying the nearby mosque to prevent people from gathering in it.

Abou Annor, a local media activist, said that the old mosque and al-Farouq Mosque in Kafr-Laha were the first to be targeted by mortar shelling, as well as squares used for demonstrating in Taldo and Mokhtar Square.

Abou Annor confirmed that most squares in the town of Houla were shelled with heavy and medium size weapons, adding that mosques were specifically targeted in the third year of the revolution with rockets and barrel bombs.

Statistics gathered by civil organizations show that almost 100 mosques in Homs were destroyed by the Syrian regime and its militias, and even a mosque in Halmooz in the northern countryside of Homs was completely demolished by Russian warplanes last February.

The statistics explained that some mosques were completely destroyed while others only partially damaged, while no restoration has been undertaken in exception for Khalid Bin Al-Walid Mosque in Homs city, which the Syrian regime began rebuilding in 2015 to convince locals that armed gangs had been responsible for destroying it.

Rebel-held areas in Homs were seized by the Syrian regime. The siege lasted three years from May 2011 to May 2014 and resulted in the withdrawal of the opposition from the city.

On May 25, 2012 the Syrian regime and its militias committed a massacre against people in the town of Houla killing 180 people according to UN figures, the majority of them children, women and elderly. About 108 victims were brutally killed with knives, axes and guns, while the rest were killed as a result of mortar shelling.

The Syrian revolution enters its sixth year, with more than 300,000 deaths and over 10 million fleeing the violence.