Large numbers of refugees have become disillusioned with the promise of a "new life" in Europe, as many struggle with employment and language issues, drug abuse and a sense of purpose in their host countries 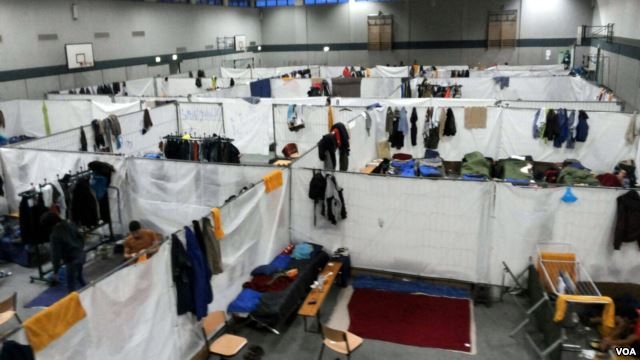 Waseem arrived in Germany from Syria more than 20 months ago and now resides in a small city in the eastern Westphalia region. He has not found, as he says, the things he risked his life for — work and peace of mind. Waseem is 38 years old and was an architectural engineer in Syria. He says: “Since coming here, I haven’t found an institution, and have gone around pleading for work to no avail: an employment agency, a labor exchange, restaurants, cafes, different workshops. I’ve gone a year and a half living like this on the margins.” The building where Waseem lives is inhabited entirely by refugees.

“We work in isolation from the Germans,” he says, “We don’t know them and they don’t know us. So how will someone help us find a chance to work?”

“Despair, loneliness and anonymity frame our daily lives. Many choose to force their pain away with drug abuse,” he added. Waseem became completely disillusioned and decided to leave Germany, but he is not convinced that he bears part of the responsibility for not finding work, and insists German politicians and authorities are responsible. Waseem departs Germany without a suitcase because he has nothing apart from the clothes he wears. He holds a passport with a ticket to Beirut, where his family awaits him, and says: “Thanks Germany!”

A large number of Syrian refugees prefer to live in Turkey rather than travel to Europe for cultural and religious reasons, despite the miserable conditions in which they live and the meager wages they receive from Turkish employers. Ahmed Ismail is one of them. He fled Syria after fighters from the Islamic State group surrounded his village. Ahmed says that his big brother “has lived in Germany for years. He has a house and work with a good salary, and he’s mastered both German and English. But he still doesn’t feel happy.” He added: “My brother can’t adjust to life in Europe, and can’t integrate into German society.” He said: “That’s what made me prefer to stay in Turkey.”

Asylum applicants in Germany must go through a number of complicated steps before their request is accepted or rejected. The first thing they must do is register their name with the center for submitting asylum applications. Acceptance of the request requires the applicant to present a compelling reason for fleeing their country. If the refugee cannot convince the officials who review their file — noting that they have great experience and awareness of the political and geographical situations of the countries the asylum applicants are from without exception — then the application is rejected. Official statements indicate that “the Federal Office for Migration and Refugees rejects one third, maybe in some cases half, of the applications. But it gives the applicants an opportunity to present a second request, or appeal the rejection before the court, or leave the country.”