Coup attempt responsible for spreading fear among Syrian refugees around their right to stay in Turkey, says head of language school 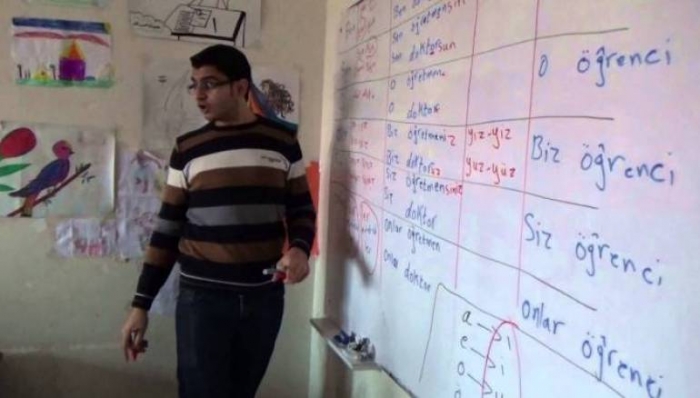 Signs suggest Syrians have begun to lose interest in learning the Turkish language after the failed coup attempt increased feelings of insecurity about the future of refugees in the country.

Syrians’ interest in the language peaked following the government’s announcement that it would grant Turkish nationality to hundreds of thousands of refugees, but the recent turmoil following the coup attempt has shaken Syrians’ trust in their permanent settlement inside the country.

In an interview with Iqtissad, the head of a language school in Gaziantep said that the coup was responsible for spreading fear among Syrian refugees in Turkey, adding that the government’s reactions to the coup have not yet subsided.

In regards to fees, the director mentioned that it costs 125 Turkish lira ($40) to enroll in a single level of a conversational language course, which usually consists of a total of six levels.

A manager from another language school in Gaziantep explained that the situation is temporary as Syrians have stopped attending courses as part of the effect of the coup, but insisted the situation will improve.

On the other hand, Dr. Abdul Rahman Alaf, the manager of a learning institute, rejected the idea that coup has affected the willingness of Syrians to study Turkish language, claiming the holy month of Ramadan and Eid holidays have had the biggest influence on attendance numbers of Turkish language classes.