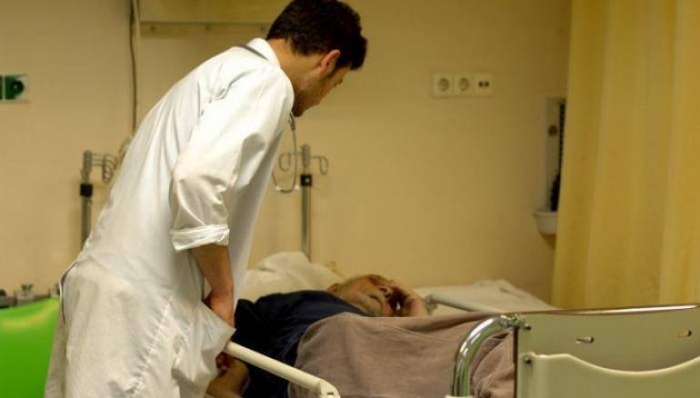 The health directorate in Lattakia announced that over ten people have the paralyzing Guillain-Barre syndrome in the coastal city, with medical sources suggesting the patients were infected while inside hospitals due to a lack of attention and education about cleanliness.

The syndrome is known to target the immune and nervous systems and spreads rapidly in the entire body quickly causing complete paralysis.

Regarding how the syndrome can be transmitted, doctor Yasser Sikariyet clarified that international studies show that the majority of cases occur inside hospitals during surgery or prolonged stays to receive care.

Sikariyet adds, “the lack of cleanliness or a lack of care to repeatedly sterilize the hospital are the main cause for the transfer of the illness, except that the syndrome is not a contagion which makes it far from becoming an epidemic.”

He highlighted that there are other ways to catch the illness such as pollution in the water, and the spread of airborne germs that targets the respiratory and digestive system and causes advanced illness.

He mentioned that the hospitals in Lattakia city are suffering due to a lack of attention to the necessary sterilization. The head of one of the government offices in the city’s health directorate confirmed that this is due to the large pressure on these hospitals because of the increasing number of patients admitted from battles in Lattakia and Aleppo’s countryside, coupled with a lack attention to cleanliness and sterilization.

A relative of one of the patients, who asked not to be named, told Zaman al-Wasl: “my brother entered al-Assad hospital following a routine asthma attack and when he was given the standard inhaler he complained of a weakness in his body and a tremble in his extremities.”

He added, “we spent two weeks in the hospital and the medical staff were unable to know what was wrong, and then we called upon an Italian doctor who was participating in a medical conference in Tishreen University who told us my brother has Guillain-Barre syndrome and that he needs six months of treatment to walk on his feet again if he does not suffer a relapse that would finish him.”

Health services in Lattakia city are witnessing a state of deterioration, causing many deaths as a result of negligence and chaos, which pushes Assad regime loyalists to question the effectiveness of hospital officials and the health directorate.