With 169 documented cases of of poison gas use by the regime since 2013, Assad is still free, despite UNSC and US declarations to respond with force to use of chemical weapons 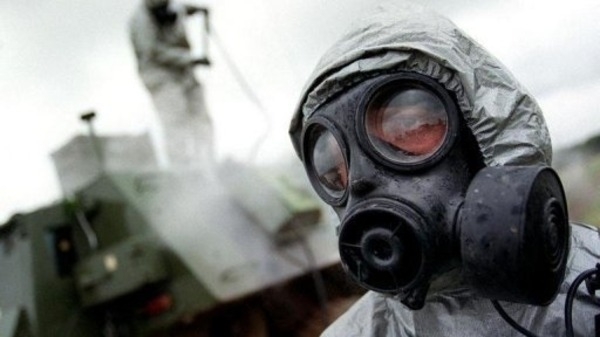 On Sunday, August 21, the third anniversary fell of Bashar al-Assad’s regime carrying out the most atrocious of its massacres against the Syrian people in the modern era. On this day, three years ago, the Assad regime caused the deaths of about 1,500 people while they were sleeping in the Damascus suburbs by bombarding them with chemical weapons, presenting the world with horrifying pictures of young and elderly men choking to death.

The chemical massacre did not stop at this extent. Assad is still free, despite the “red line” that US President Barack Obama drew when he warned the regime against using chemical weapons. The most the international community did was remove the means of the crime and left the criminal at large.

Commenting on the way the United Nations dealt with the chemical massacre, the Syrian Network for Human Rights, which documents victims in Syria, said that the biggest insult which occurred was that the Security Council after the massacre in the two Ghoutas (eastern and western) issued Resolution 2118, which threatened that if chemical weapons continued to be used, there would be intervention in accordance with chapter seven.

The language of this threat has not deterred Assad because he knows the international community will disregard him, and so his forces remained the only party to use poison gas until August 2015, when they were joined by the Islamic State group, which the Network says it documented using poison gas at least three times in the city of Marea in Aleppo province.

According to the Network, Assad regime forces have used poison gas in 169 attacks from the first use to the moment of this report. The attacks have been concentrated on the Damascus countryside, with 53 attacks, Idleb, with 42 attacks, Damascus, with 28, and Hama, with 20. In Aleppo there have been 12, in Homs, seven, in Deraa four, and Deir-ez-Zor, while the Islamic State group has used poison gas in three attacks, all in the province of Aleppo.

The Network said in its report that, “the end of this criminal track record, we must not forget Security Council Resolution 2235 issued on Aug. 7, 2015, the resolution, issued the same month the massacre in the two Ghoutas was carried out. According to the fourth paragraph of the resolution, related to specifying those responsible for the chemical attacks and holding them to account, however unfortunately those responsible for the attacks in the two Ghoutas on Aug. 21, 2013, have not been identified. Indeed, it would only be for the attacks which occurred after.”

It adds: “The lack of justice for the families and friends of the victims is an additional crime against them and a blatant disregard for their feelings and pain, while also comprising an attractive gift to extremist groups and a message to all the world’s dictators, and, we fear, a deliberate message to the war on democracy.”