Many of the province's hospitals are reported to have stopped work due to damage, looting and a shortage of qualified staff members following fighting between government and Kurdish forces 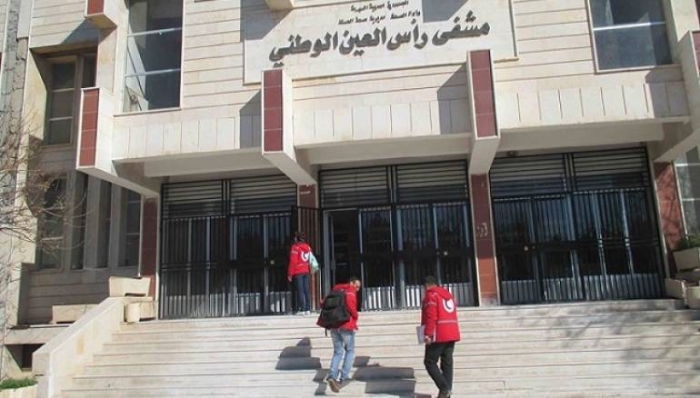 Hassakeh’s bombed and looted hospitals are facing a severe lack of staff and supplies amid an influx of patients following clashes between regime and Democratic Union Party (PYD) forces in the northern city’s neighborhoods.

Local sources claim that Hassakeh National Hospital is now out of service and cannot receive any patients due to the theft of hospital equipment and supplies by armed Kurdish groups affiliated to the PYD. They also mentioned that the area is witnessing a shortage of medical and nursing staff following a mass-arrest campaign carried out by the PYD in the Al-Aziziyah district in which Assad government officials and employees were detained.

The Shebo, Al-Hikmet, and Al-Hayat hospitals are also reported to be out of service due to damages or the absence of hospital employees, as many staff continue to work in field hospitals administered by either warring party.

The activist Mahmoud al-Ahmad said that most of the cases of injury are sent to hospitals in Qamishli for treatment after the beginning of a ceasefire between the regime and the PYD. The truce agreement stipulates that security forces and police can remain only in the city, prisoners must be exchanged in batches, residents are allowed to return to their homes, the regime controls the road linking its areas with its military regiments in Hassakeh’s countryside, as well as overseeing the Hassakeh-Qamishli road.

The activist confirmed that looting has spread to all institutions, the most prominent target being the laboratories of the college of civil engineering, the national hospital where equipment and medicine was stolen by armed members of the PYD and moved to hospitals administered by the Party. The robberies, which have pushed a number of critical units to stop functioning, forced patients to admit themselves to the national hospital in Qamishli, only to discover the hospital manager had sold the necessary equipment and medicine needed for dialysis treatment.

Ahmad indicated that Qamishli Hospital does not provide medication to patients who wish to purchase it from pharmacies, which is already facing a lack of medication due to the regime enforced ban on medicine reaching areas under PYD control following clashes last April. The fighting in Qamishli led to an increase in the price of medication by up to 1,000 percent in some cases.

From his side, the activist Malath al-Yusef said, “Yesterday I was in the national hospital in Qamishli and I examined the crisis there with my own eyes, the situation is tragic as my parents are dialysis patients and they are confused about what to do, their sons are between life and death, and they do not know what they are doing, there is no dialysis except in the national hospital in Qamishli now and the hospital manager stole the dialysis material and sold it.”

Yusef indicated that there are no options for patients to travel by air to Damascus, so they must travel to northern Iraq or Turkey if they wish to receive treatment, but the border is closed.

The National Ras al-Ayn Hospital, the largest in the province, lost most of its equipment since 2013 with staff hindered in their ability to carry out their duties even after its restoration in June last year.

A source, who spoke on the condition of anonymity, said that the PYD leadership told the hospital staff, which comprises 250 workers, that they can reopen Ras al-Ayn Hospital, but said employees were sent threats warning against doing so. “They do not want the hospital to compete with (the PYD-controlled Roj Hospital), which occupies parts of the national hospital and does not treat people for free.” The source added that armed PYD units have also been seizing medication shipments.

The source pointed out that hospital director Doctor Juan Mustafa, the political official of PYD in Ras al-Ayn, in addition to Mohamed Khalaf, the former director of the national hospital, are benefiting the most with from halting work in the national hospital since they are investing in Roj, which is run by mostly Kurdish staff.

The source confirmed that part of the national hospital staff had lost their jobs and some were sacked by the Health Directory in Hassakeh because it considers the hospital to be out of service, adding that some staff members have since joined armed pro-regime militias.