According to a local journalist, unemployment exceeded 70% of people at the beginning of the Russian military campaign in Lattakia, but now he expected it to have become higher. 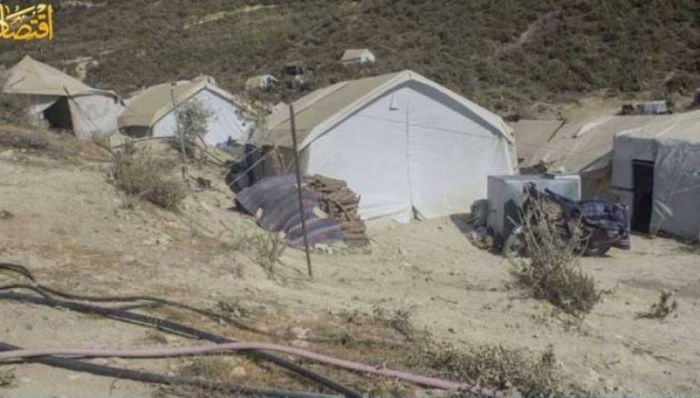 The Russian military campaign in the coastal area of Syria and Lattakia, which started in September 2015, led to the displacement of dozens of families from their home in Jabal al-Akrad.

Some 260 families were forced out of their village of Kansaba after it became controlled by the Syrian regime, and stayed until it became empty of people in February of this year.

A man from the countryside of Lattakia reported that the camp of “Shohadaa Syria” in the area of Masamek near Khirbet al-Jooz at the border with Turkey is one of the places for displaced people from Lattakia countryside.

He confirmed that people of the camp rely on aid they receive from relief organizations as there are no job opportunities available, except joining the Free Syrian Army (FSA).

Russian intervention to support the Syrian regime in the battle of Lattakia helped it in regaining most of the villages, and only a few stayed under the FSA’s control.

“The village of Salma and its surroundings, besides Kansaba, were controlled by the regime’s forces; only one or two villages stayed with FSA, but all people left them, moving to areas in Jabal al-Turkmen like the area of Limdiya and villages of Sallor and a few hills near the borders only,” journalist Wassim Shamdin told Eqtsad.

He explained that almost all residents of Jabal al-Turkmen and Jabal al-Akrad have been displaced from their villages, and only fighters stayed behind.

He estimated that there were 20,000 residents of Jabal al-Akrad and 10,000 in Jabal al-Turkmen before they were displaced, and now they live in camps spread over the area next to the border with Turkey.

The countryside of Lattakia was originally an agricultural area, however, due to the beautiful sceneries and nature, tourism flourished in the region. Jabal al-Akrad was known for its fruit trees such as apples, peaches and pears, while Jabal al-Turkmen was famous for its thick forests and beautiful scenes which attracted tourists.

However, according to Shamdin, unemployment exceeded 70% of people at the beginning of the Russian military campaign in Lattakia, but now he expected it to have become higher.

In regard to support provided by the relief organisations, Shamdin explained that 5,500 tents were distributed over camps at the border between Turkey and Syria in last few months. But due to the high number of displaced families, the aid is insufficient, and it is difficult for a single aid body to cover the needs of all the displaced people.

“Although many relief bodies and organisations try to support … we need small projects to help people to work and find a source of income,” Shamdin advised.