Souriatna explains the current state of the truce agreement between the Assad regime and armed opposition in the Barada Valley, after pro-government forces inflicted heavy casualties and damage on the area in an attempt to pressure rebel groups to comply with demands 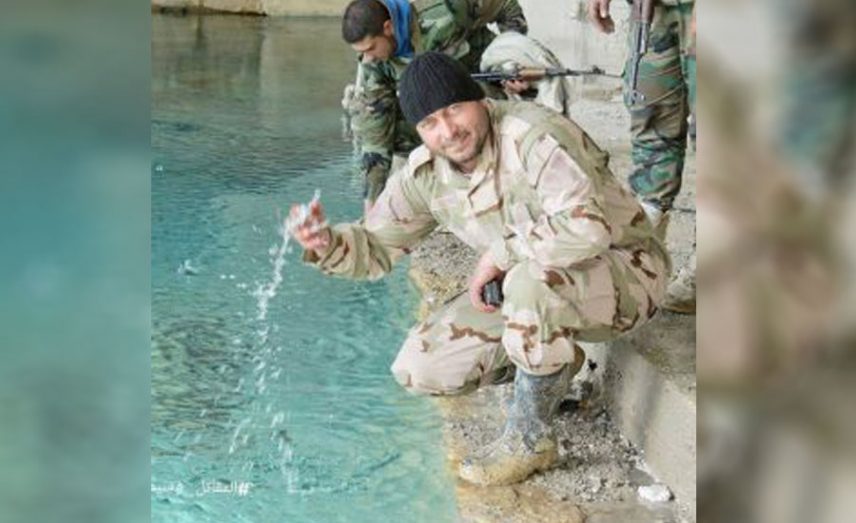 After 40 days of military operations in the Barada Valley, the regime has successfully imposed a deal on the area after bombarding it with all types of weaponry in violation of the agreed upon ceasefire deals.

The regime’s heavy bombardment throughout this period resulted in the deaths of 200 civilians and 400 injured, some of them in a critical condition, in addition to inflicting heavy damages on residential homes and infrastructure, according to the local civilian council.

The regime’s heavy bombardment of the area eventualy led to the signing of a displacement agreement, which includes in the first stage the entry of 20 regime forces members to the Fijeh springs, as well as the exit of opposition fighters from the town of Ain al-Fijeh and the entry of regime forces, as well as the delivery of heavy weapons and regularizing the status of the those who want to stay in the Barada Valley area.

The deal led to the expulsion of locals who rejected the settlement to northern Syria, along with their families, under the supervision of the Syrian Red Crescent, while the deal also guaranteed the agreement of the return of displaced people from the villages of Basima and Ain al-Fijeh during an unspecified time period.

The second stage of the deal will include the expulsion of opposition fighters deployed in the northern outskirts of the Barada valley and the eastern mountains toward the Zabadani area and the outskirts of Serghaya. Media activist Alaa al-Tenawi told Souriatna that the regime forces are “stalling the implementation of the second stage (of the agreement) using the excuse of the snow which covers the area and the difficulty of transport.”

Tenawi said that major ambiguity “surrounded the agreement and there were many points which were not clear, most importantly the issue of defectors and those who were wanted for military service. The deal stipulates for those who perform their military services in security detachments to protect the (Fijeh) spring, however the absence of any guarantee has made people doubt the regime will adhere to it,” especially given that in the previous areas that have been subjected to similar expulsion “the regime did not adhere to this condition. This includes Al-Tell, in which the regime conducted continuous raids to conscript the town’s young men into the fighting in various areas in Syria.”

The regime also promised to return displaced families from the villages of Basima, Ain al-Khadra and Ain al-Fijeh, but what is occurring suggests that the regime does not want them to return, especially given that the regime and its allied militias have looted the contents of homes making them unsuitable for habitation. Meanwhile, regime forces have not opened the crossings and are still stalling in light of the difficult conditions in which the civilians — who number around 80,000 — are living, with food shortages and a lack of heating.

Within the terms of the Barada Valley deal was the expulsion of those who reject the agreement, leading to 2,300 people leaving for Idleb, including 1,700 fighters to the northern province in a journey that lasted 30 hours where humanitarian organizations worked to prepare shelters in the city of Idleb and its countryside.

The head of the emergency group in the Violet Organization, Mohamed Samara, said, “The organization responded to the people of the Barada Valley, whereby it secured the necessary vehicles to transport expelled people from Qalaat al-Madiq to Idleb province, and received the severely wounded — who numbered about 70 — and transported them to the Marat al-Nouman and the Taftanez hospitals. It also prepared three shelters in Idleb city: the Ebla center, Ehsan Mbayed, and the Madrasat al-Khidamat shelters, in addition to preparing food baskets and distributing them to the displaced.

The Maarrat al-Ikhwan center in the northern Idleb countryside also saw the arrival of dozens of families from the people of the Barada Valley as aid organizations commenced preparations to secure necessities for them.