The Kurdish celebration of spring, Newroz, banned in Syria for decades, is an occasion for Syrians to share some joy as the brutal war in their country enters its seventh year 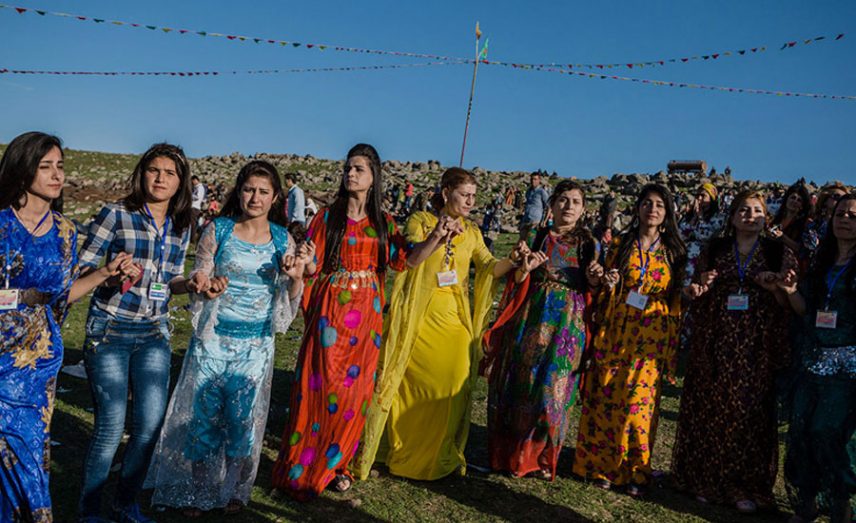 With the start of every spring in Damascus, the Newroz celebrations have been an occasion in which Syrians witness the extent of the Assad regime’s oppression and its hatred for the people it governs.

The Assad regime forbids the Kurds in Syria even from expressing joy. Its henchmen have pursued revelers and abused them on their holiday for decades. The regime has turned scenes of joy and dancing in Damascus at the beginning of the spring into arenas of conflict in the neighborhoods of Rukn al-Din, Ibn al-Nafis, Zourafa and others.

The Newroz holiday is an ethnic and social holiday for Kurds and is one of the most symbolic days for them. It is the day that Kawa the Blacksmith led a popular revolt against a tyrannical ruler named Zahak. It is the day they were liberated from oppression and were victorious over injustice. It is also the start of the Kurdish new year.

People celebrate this holiday on March 20 and 21. Ordinary people tell their children stories of oppression, victory and freedom, while families exchange delicious food and young men and women dance to their music in traditional clothes. Women wear spring colors and men the color of the earth, and they light fires in the highlands.

The Newroz celebrations go back to the myth of Kawa the Blacksmith, which tells the story of the oppressive king Zahak who brought a curse over his kingdom, causing the sun to no longer rise.

The king was killing two children every day from the local villages and feeding their brains to snakes on his shoulders. When the turn came for Kawa’s daughter, he refused to sacrifice her and presented the brains of a sheep to the king.

Others heard about Kawa’s trick and did the same. They sent their children to the mountains where Kawa lived to protect them. The children grew up in the mountains and Kawa made them into an army to end the era of the evil king.

When the army reached its full strength, it came down from the mountains and stormed Zahak’s castle. Kawa delivered the killing blow to the king, as was his wish.

In order to send news to the people of Mesopotamia, Kawa’s fighters built a great torch to light up the sky and purge the air from the evil of Zahak’s reign. On that morning, the sun began to shine again. This was the beginning of the “new day” — or Newroz.

For the Kurds, this holiday is as important as other holidays observed in Syria. These occasions form a bridge for communication between individuals and groups in light of the dire conditions Syrians are enduring today regardless of their affiliations.

The Newroz celebrations are an opportunity for people to gather at a time in which Syrians have nothing left to unite them but joy and remnants of hope.