With a recent surge in mutual kidnappings in Daraa and Suweida reaching a tipping point, culminating in the recent torture and murder of a young man, community leaders are being urged to intervene to end the strife before it threatens to unravel the southern region 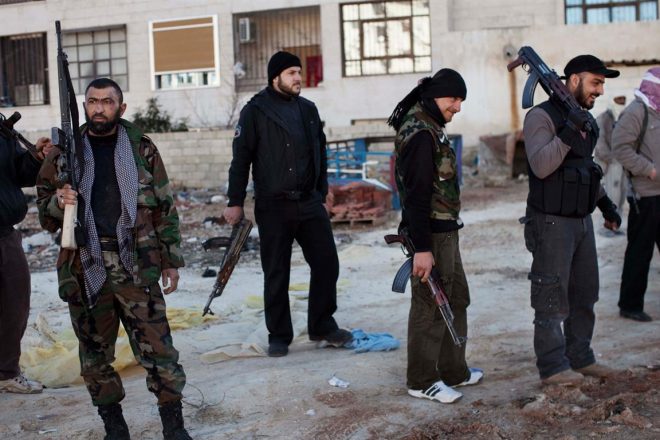 The nightmare of reciprocal kidnappings has returned to haunt the people of Syria’s southern regions, as dozens of new cases have emerged over the last few weeks targeting the residents of the eastern Daraa countryside and Suweida province.

The major development in this issue may have been the first death in Daraa after a detainee's family was unable to pay the ransom demanded by the kidnappers, which has recently risen to record levels.

Although these incidents are not new for the people of the mountains and the plains, activists in both areas believe that the matter has descended in recent days and there have been warnings of major strife if leaders from both parties do not intervene to stop these occurrences.

A media activist in Daraa province, Yasser al-Zaatari, said that “More than 40 displaced civilians from Daraa province are still being held with the professional kidnapping gangs in Suweida for about 10 days.”

“These gangs refuse to release any of them before $10,000 is paid — or about 5 million Syrian pounds — for every captive,” he said.

Zaatari added in statements to Sada al-Sham that the matter had taken an additional twist of escalation after being previously limited to freeing captives using money and counter-kidnappings. This changed after gangs killed a young man, Hussein Salem al-Sukari from the town of Al-Karak al-Sharqi in the eastern Daraa countryside, about a month ago.

According to Zaatari, Sukari was kidnapped while working in a restaurant in Suweida. His captors demanded $40,000 in exchange for his release, but the young man’s family were not able gather the ransom amount or to kidnap anyone for an exchange, as usually occurs. In a terrifying message to residents, Sukari’s corpse was later found in the orchards displaying signs of torture.

Zaatari pointed out that the so-called “kidnapping trade” had become highly popular with the encouragement of the regime’s militias and its security forces, who he accused of trying to ignite major strife between people of the two provinces by supporting them in cutting off roads and condoning their actions.

The civil activist Abou Rayan al-Maaroufi, who works at the Suweida 24 Network, said in a previous press statement that his organization had recorded more than 10 cases of kidnapping against people from Suweida province carried out by unknown parties since the start of the year, adding that they had been taken to Daraa province in unknown circumstances, while groups from Suweida had carried out counter-kidnapping operations against dozens of residents of Daraa province.

The Suweida 24 Network on is official Facebook page published the story of the kidnapping of one Suweida resident on the evening of Monday, March 6. Wissam Ramez Hamza, a young man from the town of Rasas, south of Suweida city, went missing before an unidentified person called from the eastern Daraa countryside and demanded 50 million Syrian pounds from his family in exchange for his release. In response, the young man’s relatives proceeded to arrest a number of displaced people from Daraa province living in Suweida in an attempt to compel Hamza’s kidnappers to release him. Both parties released their captives only after notables from the two areas intervened.

Some observers believe that the kidnappings by the gangs of the two provinces are carried out at random against civilians and do not discriminate between rich or poor, young or old.

Abdel Qader Ayoub, a fighter in the Free Syrian Army in Daraa, said, “The recent escalation in the cases of kidnapping did not occur in a vacuum. It is the result of the encouragement of the regime, as well as some of the sectarian militias, to cut off roads so they can carry out these crimes.”

He added: “The kidnapping operations mostly occur in the western Suweida countryside and if these militias wanted to resist this phenomenon, they could do so, given their numbers, armaments and heavy deployment. However the kidnappings have actually increased whenever these militias are present.”

Regarding the responsibility of rebel groups to control the issue in the liberated areas of Daraa, Ayoub said that these groups had recently closed the road to Suweida with the aim of cutting access to all those in Daraa that are carrying out kidnappings while claiming to be revolutionary groups.

Despite this, Ayoub said that “controlling the issue will not be accomplished without agreement from the notables of the area on uprooting these corrupt people from both sides, which is what happened previously in 2014 when the situation deteriorated to a large extent and fighting nearly broke out between the residents of the two provinces.”

Reports indicate that a number of meetings have occurred recently between leaders from the Free Syrian Army in Daraa and some of the elder sheikhs in Suweida in order to contain the problem by holding proven offenders to account, and to investigate them to determine the threads of this network and its members in both provinces.

The deepening of the rift

Since the start of the Syrian revolution in March 2011, some observers believed that the regime has attempted to widen the rift between the people of the two provinces by preventing anti-government protests from spreading to Suweida and leading its residents to believe they were in real danger, especially with the presence of “Islamist fighters” threatening to enter Suweida and carry out massacres.

Sheikh Abdul-Salam al-Khalili, a resident of Daraa, in a sermon publicly denounced the Druze confession, insulted their women and accused Sultan al-Atrash (the revolutionary hero of the 1920s) of “hijacking” the Great Druze Revolt. The Assad regime did well to promote Khalili and his views.

Although activists from Daraa revealed the truth of this sheikh in a video recording and his admissions proved he was an agent of the Assad regime, a strong reaction emerged against the backdrop of this sermon.

The battle of the Al-Thala air base led to another large media boost — despite the lack of real military significance — playing a prominent role in inciting conflict between the residents of the two provinces, especially with the regime at the time circulating rumors about the intention of jihadist groups (such as the Nusra Front and the Islamic State) to storm Suweida province after taking control of the facility.

After divisions between residents of the plains and the mountains widened, some observers believe that the presence of authorities controlling the strife has so far ensured that the potential for bloody conflict has not been inflamed — something everyone is afraid will happen in the future.