'We as Syrians abroad undergo many situations that show how low the bar is for other people's expectations of us.' Enab Baladi speaks with four refugees living in Germany and Turkey about the common misconceptions of Syrians voiced by locals on a day to day basis 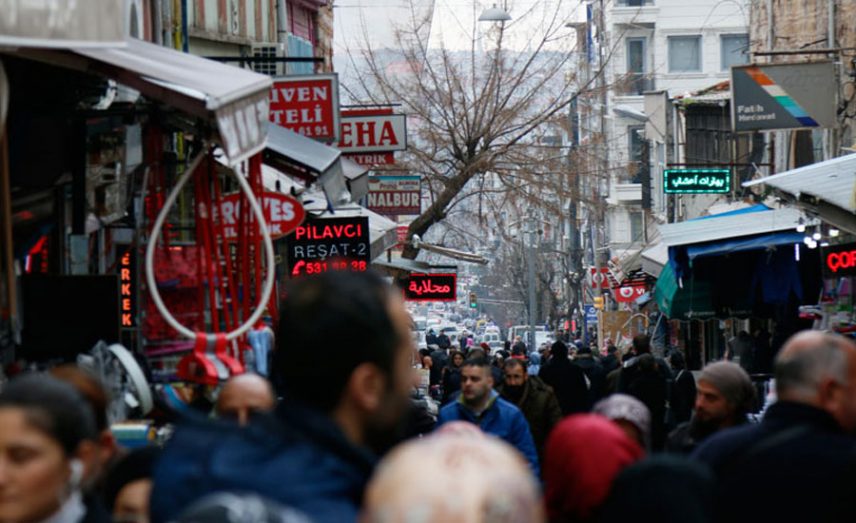 The view of Syrians in the countries where they have taken refuge is almost exclusively as “camp people,” an unjust stereotype perpetuated by the war. Locals deal with refugees from a standpoint of pity, believing Syrians to be a helpless people. Some discussions Enab Baladi had with locals revealed the extent of the ignorance about Syrians and Syria, to the extent that some Turks and Germans are surprised at simplest of details.

Despite a deep history and their geographical position at the center of a region laden with ancient cultures, many people of the world had not been exposed to Syria prior to the war. The war and its news are the sole source of knowledge about this distant and unfamiliar country, and the refugee camp is the sole indication of the people and their manners of living, which has helped foster prejudices and oppressive generalizations about Syrians in any place they go. Any attempt by them to break these generalizations or depart from them are met with strong surprise and shock.

“Of course we are not asking people to know everything about our country, which would be unreasonable, but we as Syrians abroad undergo many situations that show how low the bar is for other people's expectations of us,” says Mohamad, a Syrian refugee who has been living in Germany for two years.

“Are there swimming pools in Syria?”

To illustrate his idea, Mohamad pointed to an incident that occurred to him at a public swimming pool in Germany, when a young German man in his 20s asked where he learned to swim. “When I told him that I learned in my country, Syria, in my childhood, he was surprised and asked me, ‘Are there swimming pools or a sea in Syria?’”

Mohamad did not hide the fact that the question annoyed him. He guessed that it sprung from a lack of education, and not disrespect. He continued: “I tried to express my annoyance and explained to him about Syria and its geographic location and showed him pictures of nature in Syria in various provinces, including pictures of the Syrian coast and some of the athletics halls and swimming pools, which was clearly a surprise to him.”

Mohamad said that he continually and repeatedly underwent similar experiences, but he said, “The repetition of these types of questions does not make me any less annoyed by them. Every time I try to explain to the person asking me about my country in the best way possible. I get annoyed by the backwards stereotype which they have about Syria.”

Saddened by the superficial image of Syrians, May, a Syrian refugee living in Germany, spoke about her experiences to Enab Baladi: “What pains me is that many people don’t know anything about my country except war and destruction and their feelings turn often to pity, despite the excellent Syrians display in every place where they take refuge.”

May added that obstructing the experiences of Syrians, including those who hold university degrees, by making them remain in camps for periods that were sometimes more than a year contributed to bolstering the image of Syrians as needy and “waiting for assistance,” as she put it. This does not resemble the intelligence of Syrians, she said, adding: “There’s major surprise at any achievement you accomplish as a Syrian, making you feel that the general view of you is that you are a marginalized person without any skills and not fit for anything, whether this achievement is learning a language quickly, or performing technical work, or scientific excellence, or a creative profession. How do we explain to others that the war forced us to find asylum but that it did not strip us of excellence and passion?”

Bashar al-Assad is a Muslim!

Despite sharing a border, Turkish misconceptions of Syrians and their lives is no less than those in Germany. Nabil, a Syrian living and working in Turkey, confirmed this about his daily life, saying: “It’s notable that the Turks’ knowledge of our politics is very superficial. But one expects there to be better understanding or interest in the affairs of a country like Syria which directly impacts them. This is what is missing among most of those affected.”

Nabil told Enab Baladi a story about his time living in Ankara, saying: “I was riding in a taxi to where I work when the driver started speaking about the situation in Syria to express his sympathy with Syrians, beseeching God to conquer Assad, who was assaulting his brother Muslims. Here I asked him, ‘Do you know that Bashar al-Assad is Muslim?’ and he stopped the car by the side of the road because of the severity of his shock.”

The Turkish driver did not believe Nabil until he showed him a picture of Assad praying the evening prayer. “He told me that he had thought Bashar al-Assad was Jewish and the whole rest of the way he kept repeating, in shock, ‘Bashar al-Assad is Muslim, oh God, oh God…’”

Nour, a Syrian woman living in Turkey, confirmed the obliviousness of many Turkish people toward Syrians, saying: “Despite Turkey being the first country Syrians fled to at the beginning of the revolution, I was surprised by their deep ignorance of what was happening in Syria, and the reason the people rose up against the regime. All they know is that there is a war happening and that Muslims are dying and the situation is difficult and that 3 million Syrians are taking their opportunities for work and education.”

Nour recounted a discussion that took place between her and a Turkish woman about the situation in Syria: “Even though she told me she was against [Turkish President Recep Tayyip] Erdogan’s regime and considered him a dictator, at the same time she was surprised at the Syrian revolution against Bashar and the trouble that it caused for themselves. She believed that they should have waited until the end of his electoral term and then voted in a new president. She was hugely surprised when I told her that Bashar had inherited his rule from his father and that the generation of my father and mother, and after them my generation and my son’s generation, have known nothing but the Assad family in power and that no one participates in the elections except the president.”

This article was translated edited by The Syrian Observer. Responsibility for the information and views set out in this article lies entirely with the author.