Opposition outlet Ain al-Medina reports on the preparations for the upcoming battle for control of Tabqa, explaining that around 650 ISIS fighters are holed up inside the city awaiting close-range fighting with the Western-backed forces 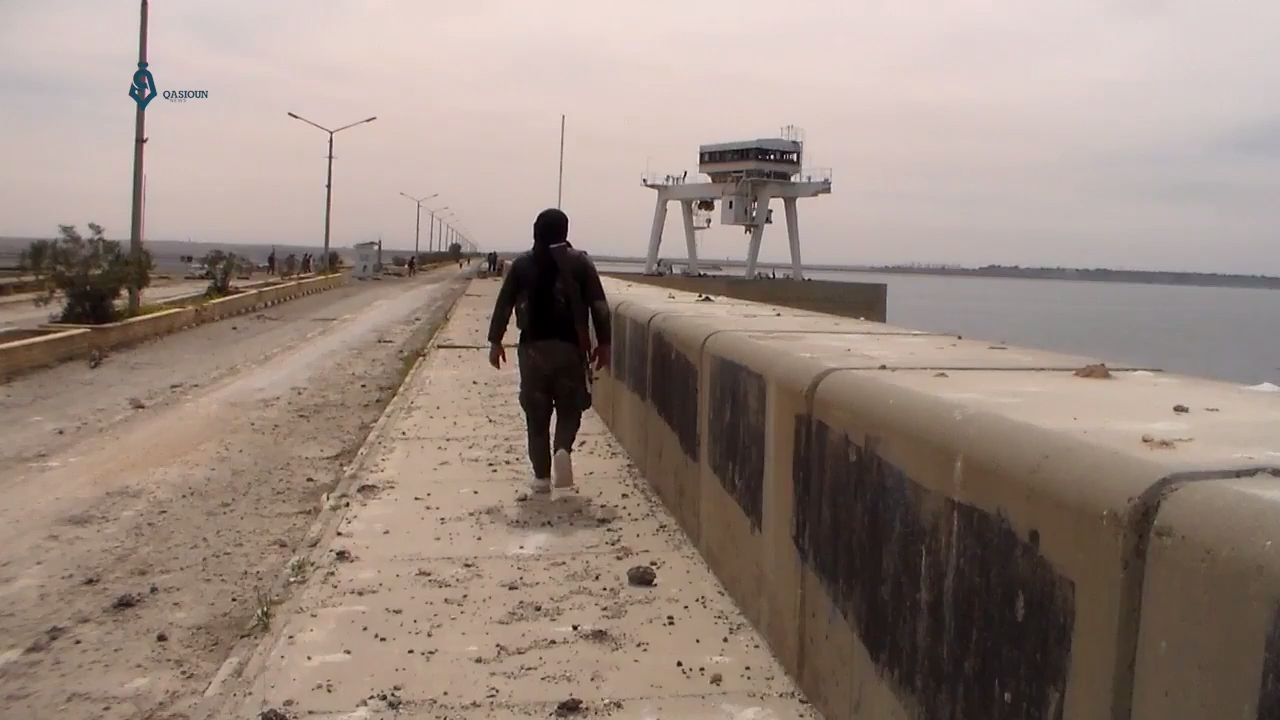 The airdrop which the Syrian Democratic Forces carried out on on the southern bank of the Euphrates Dam lake on Saturday, April 22, was a fierce surprise for the Islamic State (ISIS), resulting in its relatively swift retreat from the air base and the villages south of Tabqa.

Despite ISIS' success in holding the Euphrates Dam until now, the SDF (backed by U.S. special forces) has minimized this achievement by taking control of the northern entrance and a strip of villages opposite the northern bank of the river. The rumors which circulated last month about ISIS planting explosives on the dam can be ruled out as an absurd move which the group will not carry out as it will greatly jeopardize its rule in parts of the Euphrates valley under its control.

ISIS is losing the ability to carry out attacks outside Tabqa or break the siege, leaving many of its fighters trapped inside the city. The group has also not been able to reinforce its positions with enough fighters and equipment in the wider surroundings to stop the expansion of the SDF or engage it from another flank.

Estimations given by sources put the number of ISIS fighters in the city of Tabqa at no more than 650, with around 100 of them hailing from semi-dissolved ISIS entities. Another 200 are reported to be no older than 18, deployed on defensive lines around the city from the east, west and south.

If reports are correct that ISIS has dug a network of tunnels over the last few months, then this will increase its ability to resist in an area of 30 square kilometers or less, a space that is gradually decreasing along with the group's ability to inflict losses on the other side.

It seems that the group’s fighters in Tabqa are pursuing the same strategy taken in previous cities, which preoccupies its rivals and inflicts high losses against them over a long period of time. This is usually followed by street-to-street fighting, as the efficacy of airstrikes decreases and the effectiveness of suicide bombs and snipers increases in close-range battles.

With the approach of the battle in the city, where the architectural and population density is higher than in its outskirts and more than 25,000 people are present, the number of casualties will increase, which could affect the course of the operations as the attackers want to avoid repeating the errors which have already claimed the lives of more than 115 innocent people in the city of Tabqa and its surroundings. Many of those died in airstrikes, artillery strikes or sniper fire over the last month, according to rights activists.

Despite whether battle for Tabqa lasts weeks or months, its result will likely be a defeat for ISIS based on the disparity in the power between the two sides.

The attackers SDF are achieving two aims with their siege of the city. The first is to keep ISIS from the most important places where it has its defensive focus in the western Raqqa countryside, making it easier for the SDF to push into a series of villages and towns on the southern banks of the Euphrates toward the city of Raqqa. The second is related to morale by exposing ISIS' deficiencies ahead of the coming siege which may be imposed on the city of Raqqa.