Syrian men in Germany may be less inclined to marry Syrian girls as the community raises the average price of dowry payments, Sweden-based website writes 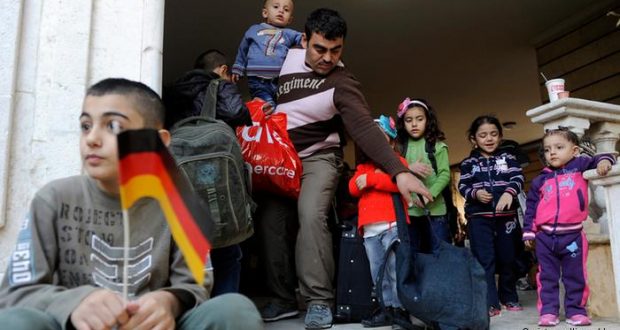 The Syrian citizen, displaced and taking refuge in a country to which they fled the flames of the ongoing conflict in search of security and stability, has begun to face many other forms of suffering in a number of ways. The biggest segment of society subjected to these problems may well be young people. A young Syrian man who has fled from the hell of war and taken refuge in Germany suffers from a great deal, including the stress of obtaining residency, as a result of the large number of refugees in this European state.

After eventually obtaining residency, the search for a house to live in begins, which is made harder due to the high demand for rental property. Then the challenge of school and learning the German language begins as a first step toward integrating into a new society. Throughout this period, or after it is over, the Syrian young man begins to search for a life partner.

With the German government paying a monthly stipend to a single refugee no larger than 400 euros, one of the biggest problems young Syrian men face is the increase in the cost of a dowry for a Syrian girl. After finding a job of his own, the salary of a Syrian man in Germany ranges between 1,200 and 1,500 euros a month. The government cuts monthly aid to those who find work, forcing them to bear all expenses and spending, from rent to electricity to water to gas, leaving nothing extra to save.

Mohamad Bakr, 27, who worked as a driver in Syria, has been looking for a wife without success for several months. Two months ago, he proposed to a Syrian girl, but she said that her parents were asking for 12,000 euros as a dowry. He said he was shocked and asked how he could possibly obtain this amount, given that he, like the girl, was living on a monthly stipend.

Mazen Ismail, 33, who was a second year university student in Syria, so far has not proposed to any girl “officially.” “But I have informed some Syrian families living as refugees in Germany [of my desire to marry], and they responded to me by saying that their girls are not thinking about marriage, but about school, and that marriage is a burden on their studies,” he said. “After a while, I heard that they are getting married for high dowries,” Ismail said. “They may be thinking of marrying their girls to older refugees who have money and citizenship.”

Umm Othman, a Syrian woman living in Germany, noted that an acquaintance of hers had asked a girl for marriage, and her father said: “I’m happy for my daughter to be married, but she came through ‘reunification’ and not by smuggling, and so her dowry is 5,000 euros.”

Instances of parents asking for dowries for their daughters has become rampant among Syrian refugees in Germany. It appears that those who request a high dowry for their daughter back in Syria will also do the same in Germany, a country of freedom and democracy. This despite the fact that the girl’s father is, like the young man who is proposing to his daughter, a refugee, and collects the same stipend. The girl’s father knows that the young man cannot secure or save enough for the dowry with this salary, and that if he is working on his own or in the black market, he needs to wait more than a year, while still depriving himself of everything and without help from his family back home – indeed, he often must help his family back home as well.

Some rights and social activists see this as a negative social phenomenon. They claim the issue could be resolved or reduced through establishing forums and lectures with the aim of warning about the risks of dowry inflation, which increases the rates of spinsterhood among the Syrian community in Germany. This could also result in the reluctance of young Syrian men to marry Syrian girls, leading them to live with or marry German or foreign girls instead.