Infighting between Islamist rebel groups in the countryside of Damascus drags on as Assad forces capitalize on the weakening of opposition fronts to make further gains, opposition outlet Enab Baladi writes 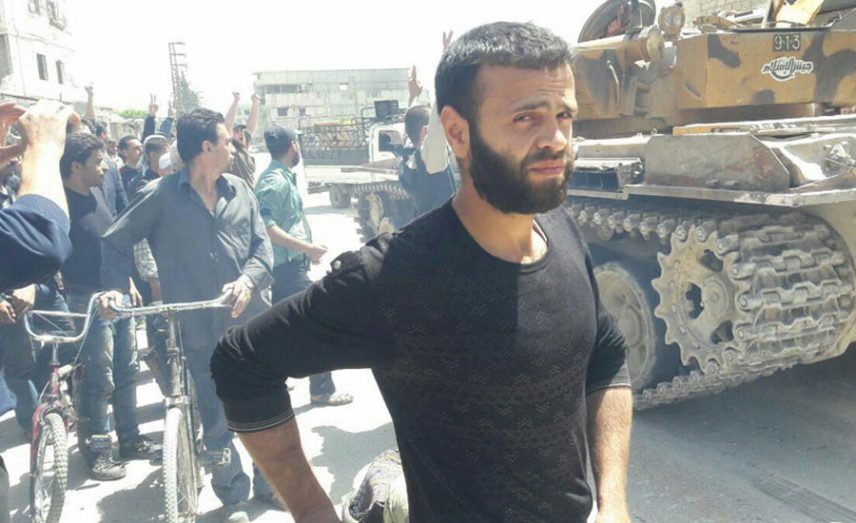 Civilian and rebel casualties are increasing with the continuation of clashes in the Eastern Ghouta which began on Friday, April 28, and erupted following an attempt to uproot the Hayat Tahrir al-Sham group from the area.

Up to the evening of Saturday, April 29, the clashes and trading of accusations between the rebel groups had not calmed. The Army of Islam, a powerful rebel group and one of the combatants, said it was responding to an incident where one of its support convoys was captured while heading toward the Qaboun front, while both Faylaq al-Rahman and Hayat Tahrir al-Sham accused the Army of “oppressing and dismembering the Ghouta.”

Meanwhile, the pace of attempts by President Bashar al-Assad’s forces and supporting militias to advance in the Qaboun district in eastern Damascus have increased, taking advantage of what is occurring in the Ghouta. They achieved a modest advance near the Al-Hadaya mosque, while protests broke out calling for an end to the rebel in-fighting.

Numerous sources have accused the Army of Islam of “targeting protesters.” A spokesperson for the group, Hamza Birqadar, denied the claims, telling Enab Baladi that “it is not possible to identify a specific party during these clashes if the incident is correct.”

The first area that witnessed clashes following the attack on the convoy was the city of Arbin, which the Army of Islam mostly controls and in which it is blockading fighters from Hayat Tahrir al-Sham. The spokesman told Enab Baladi, “We will deal with Nusra [which is part of Hayat Tahrir al-Sham] until the convoy is liberated.”

Saturday’s clashes were concentrated on the outskirts of Arbin and the town of Hezzeh after beginning in other areas over the first day of fighting, and included Al-Ashaari, Beit Naim and Medeera.

Enab Baladi spoke to Emadeddin Mujahid, head of public relations in Hayat Tahrir al-Sham, who described the Army of Islam story as just another instance of the group’s “concoctions and fabrications” and asked, “How do some young men capture an entire convoy as they allege?”

Hayat Tahrir al-Sham believes that “the Army of Islam began assassinations two years ago and refused to hand over the killing squad involved in them,” he said, adding that what was occurring today was a repetition of the old scenario.

Comments from Qatar-backed Faylaq al-Rahman rebel group accused the Army of Islam, which receives support from Saudi Arabia, of preparing the attack for weeks as well as “aggression against Faylaq in the towns of the Eastern Ghouta, and preparing media pretexts and stories which they spread in order to carry them out.”

Enab Baladi attempted to contact Faylaq al-Rahman, but it did not respond, while its spokesman Wael Alwan, said that “the Assad regime is putting pressure on the Al-Muhammadiyah fronts, while the revolutionaries of Faylaq al-Rahman suffer from the difficulties of supporters being cut off after the Army of Islam took control of the Brigade 45 base and its capabilities.”

Commenting on the confrontations against Faylaq, the Army of Islam’s media office said that “all the talk about targeting the Faylaq bases is avoiding the truth, as we are still responding only against Nusra.”

The Army of Islam said it was monitoring some cases where members of the Faylaq security bureau were directly supporting Nusra fighters, saying that “these cases are individual and may occur during the clashes, but there is no direct targeting of the Faylaq or any other group.”

There are no firm numbers about the death toll of fighters from the groups, but Enab Baladi’s sources said that dozens had been killed from among all sides, while the Army’s media office said that “the number of wounded and martyrs cannot be documented because of the continuing clashes.”