Local authorities in the Damascus countryside have begun a project to purify water after farmers began using sewage to irrigate crops, Souriatna explains 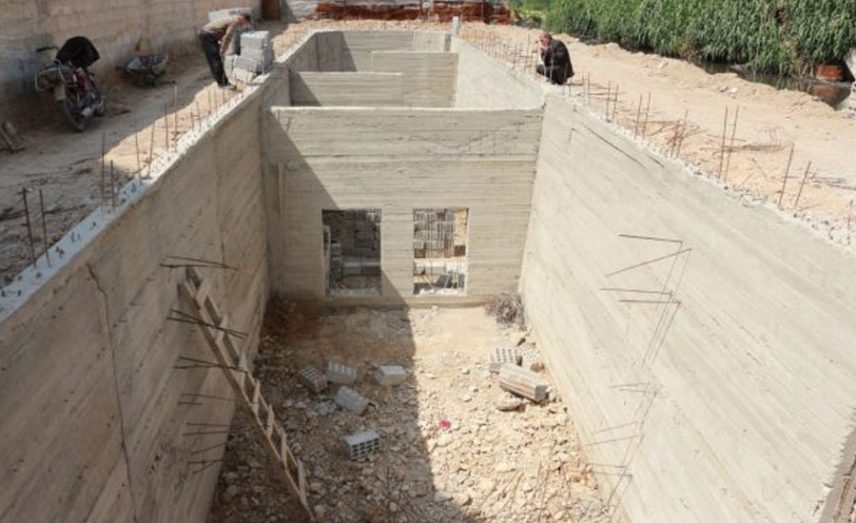 Soil and groundwater in the Eastern Ghouta is facing heavy pollution as farmers increasingly rely on sewage water to irrigate their lands.

The use of sewage water for agricultural use is expected to have disastrous effects on residents of the Ghouta, an area where access to medicine and health care is already rare.

In response, local authorities have begun building sediment basins as an emergency solution to resolve the issue.

The local governorate countryside has begun the project to establish primitive treatment plants with the aim of controlling the sewage water, thereby reducing the diseases and epidemics which have spread as a result of consuming the local water and produce.

Farmers have resorted to using sewage in irrigation since the regime imposed a siege on the Ghouta, which prevented the entry of any materials into the area, including fuel, which is the primary resource for agricultural operations.

The director of services in the governorate of the Damascus countryside, Bassam Zeitoun, told Souriatna that “in light of the situation which the Eastern Ghouta is enduring and the inability to set up technological treatment plants, the services directorate has resorted to sediment basins as a temporary and emergency solution.”

According to Zeitoun, the service directorate signed a memorandum of understanding with the farmers’ federation in the Eastern Ghouta, "which will undertake, for its part, the distribution of organic materials resulting from the sewage water purification process in the basin.”

He added that the material will be treated and turned it into organic fertilizer, and then distributed to farmers for use.