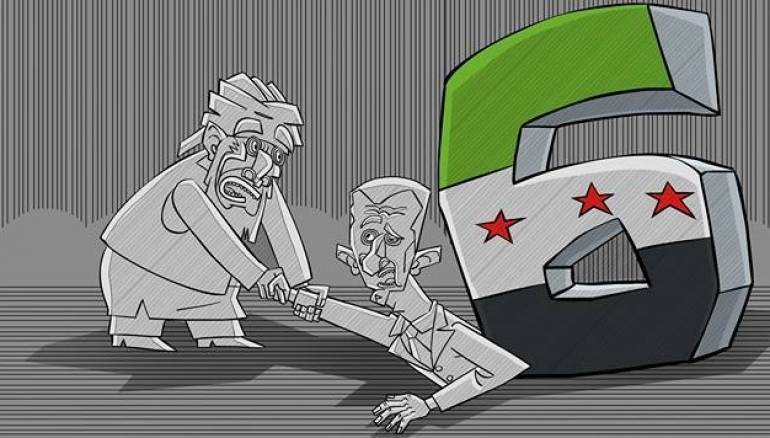 Despite an Islamic State-imposed media blackout, journalists and activists continue to work with caution and secrecy to deliver stories from life inside the ISIS stronghold of Raqqa city.

The hard-line group has killed many of those working in the media who aim to convey the truth of what has been happening inside Raqqa city and its countryside.

Despite terrorist practices, several groups inside Raqqa have managed to work with great caution in the ISIS-controlled areas to weaken the group, expose its practices and communicate the voices of the vulnerable.

Ibn al-Furat, one of founders of the Free Euphrates network, pointed out that his organization sides with the city’s residents against the terrorist group in an effort to convey the reality of the situation.

He said although the network focuses mostly on covering the events inside the city, it hopes to be able to include all parts of the eastern region and areas around the Euphrates basin in the near future.

Ibn al-Furat stressed that many of the rebellious young people of the Euphrates are eager to restore the momentum of the revolution and achieve its goals of a free and decent life, away from the terrorism of both the Assad regime and ISIS. However, their desires are often hindered by ISIS' choking grip on media outlets in all areas under its control.

He pointed out that ISIS in Raqqa believes journalists and media activists pose a similar threat to its control as revolutionary fighters. “All pages that publish news about Raqqa city and other Islamic State-controlled areas are considered pages that oppose the Islamic State, and so they must be silenced or destroyed,” he said.

ISIS has resorted to killing and disappearing many young men on charges of media activity. However, with anti-ISIS forces planning the liberation of the city, media youth groups have been reinvigorated and are spreading opposition leaflets and exposing more ISIS atrocities.

Ibn al-Furat highlighted the challenges facing the Free Euphrates network, including difficulties in communicating with reporters. He said that ISIS “is currently adopting a strict protocol to limit any media activity or breach,” and that members “are checking civilians’ mobile phones when they pass any checkpoints.”

In the past two weeks, ISIS members have launched intensive raids on internet cafes, closing many of them to prevent a media breach and stop residents communicating information to the outside.

Ibn al-Furat explained that taking pictures and videos from inside Raqqa is very difficult because of the strong security grip. “So the Free Euphrates team was forced to design meaningful caricatures special to the network.” He said that under these circumstances, “This is the best way to show what the Islamic State and other forces in Raqqa are doing.”