As doctors announce dozens of cases in the past month, opposition outlet says failure to quickly end spread of disease may result in 200,000 new infections in less than a decade 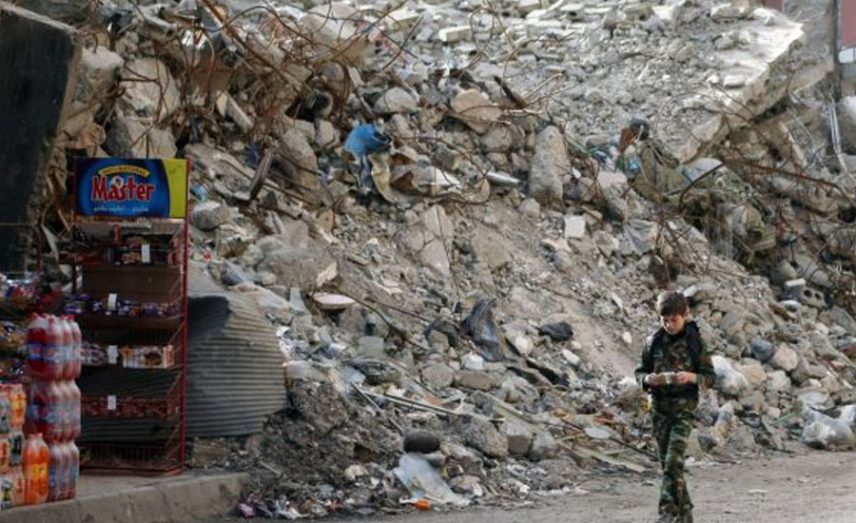 Siege, starvation and daily bombardment exchanged between regime forces and the Islamic State (ISIS) are no longer the sole hardship endured by the people of Deir-ez-Zor. Recently, a new misery no less dangerous has appeared: the spread of epidemics and infectious diseases which have begun to threaten all residents amid a collapse of the area’s health care, the flight of doctors, and the lack of medical organizations competent enough to carry out vaccinations.

Perhaps the last thing residents of Deir-ez-Zor were expecting over the past few days was the announcement by the city’s doctors that they had recorded 30 cases of polio within fewer than 40 days in a number of districts of the countryside under ISIS control.

The announcement comes amid a lack of immediate solutions to treat the disease, especially given that vaccination programs have been cut off in the countryside, and that ISIS has, over the last few years, closed down dozens of hospitals and medical centers, according to doctors who have fled the area. This heightens the risk of the disease's spread, especially among children. Failure to eradicate the disease within the coming period could lead to about 200,000 new cases within less than 10 years.

Commenting on the issue, Dr. Yasser al-Hassan, a Deir-ez-Zor native living in Turkey, said that the first case was recorded in the province’s east a few months ago, but because of ISIS’ control over the area, the announcement did not draw the attention of medical organizations.

Hassan said that the number of children afflicted by the disease who had been diagnosed clinically and not in the laboratory was higher than the announced number, predicting that there were other cases in Raqqa and the Aleppo countryside because of the lack of vaccination campaigns and difficulties for medical staff in accessing all children. He said that ISIS’ disregard for distributing vaccinations to all children, its fight against doctors and its neglect of the health sector was likely the biggest cause, adding, “Now there is no treatment for childhood polio. Only prevention is possible. Polio vaccinations given in a number of batches can protect a child from the disease for life.”

ISIS obtains vaccinations from medical groups working to deliver them through intermediaries, and the group carries out vaccination campaigns itself in centers. However these campaigns are run — according to Hassan — without any announcements or visits to homes, and are limited in most cases to basic centers in the main cities, explaining why most cases are occurring in small villages and towns.