Human rights lawyer says families of Syrians being held by Gulf authorities are in fear of having their loved ones sent back to Syria to face possible death sentence, Sada al-Sham writes 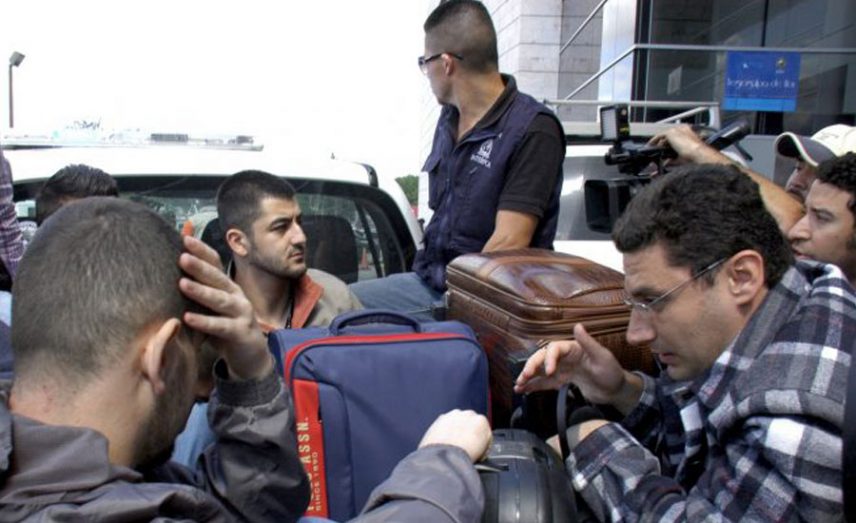 The recent execution by the Assad regime of four Syrians who were expelled from Kuwait has sparked debate and a state of concern within the Syrian community residing in Arab Gulf countries, especially with the issuance of new instructions which include the expulsion of all migrants who violate the residency system without taking into account the particularity of the Syrian situation.

The Kuwaiti Al-Qabas newspaper quoted Hussein al-Shimali, secretary-general for the Al-Kafi organization for human rights and fighting corruption, as saying that “there are four people who were expelled from Kuwaiti territory who held Syrian citizenship and were executed by the authorities of their country recently.”

Shimali said that the organization has recently received distress calls from family members of Syrians detained in the deportation prisons in situations similar to the one that had resulted in the execution of the four deportees.

More than 4,200 Syrian citizens in Kuwait, in addition to thousands in Saudi Arabia, face the danger of expulsion after the issuance of tough decisions over the last few months in these countries, including legal prosecution and deportation for all migrants who violate residency terms.

According to the initiative launched by the Saudi Interior Ministry accompanied by a broad media campaign, any migrant who is proven to have forged his certificate or passport will be transferred to the forgery department and then investigated, prosecuted and punished. Punishments include prison sentences of two years and a fine of 100,000 riyals and expulsion from the kingdom. This comprises what may be the biggest threat to a large portion of Syrians who entered the country with forged passports.

In this context, Mohamad al-Youssef, a Syrian living in Saudi Arabia, said that the consequences of these decisions on resident Syrian citizens were still not clear because the legal deadline had still not expired. He said that a major state of fear among Syrians had surfaced after the recent events and serious statements from Saudi officials, who do not distinguish between the situation of Syrians and those who violate the law from other countries.

Youssef said that most Syrians had come in recent years on a visitor invitation or that a large portion of them had stayed after performing the Hajj or Umrah, without paying the material installments due every month or three months to the state (according to the visitor ID), meaning they have entered into an illegal status.

Regarding the possibility of regularizing the status of the violators, Youssef, who has been living in Saudi Arabia for three years, said that the invitation IDs allowed their holders to work in the country only as an employee — that is, with a small salary different from the official work contract that provides benefits such as labor rights, including paying residency expenses to the state, which has led to thousands of cases of those who cannot pay the accumulated taxes over the years of their presence in the country.

Youssef said that some of the migrants will soon need approval from the Saudi Interior Ministry to renew their work permits or to extend their visits. However, and because of the recent “Saudization” campaigns in work sectors (employing Saudis instead of foreigners), a large number of Syrians may end up forced to choose a new country to head to.

In recent years, most Gulf countries have issued strict laws aiming to reduce dependence on foreign workers in the labor market, most prominently raising the employment percentage of citizens of the country in companies and cancelling thousands of work contracts and prosecuting illegal workers.

A Syrian engineer living in Kuwait, Mazin Jarjour, believed that “Syrians are a portion of the offenders, but at the same time, the Gulf states should turn a blind eye to the Syrians violating the residency system in the country because of the difficulty of renewing their passports in Syria or obtaining the necessary identification documents required for residency, in addition to the fact that Syrian embassies have been closed in most Gulf countries.”

Jarjour told Sada al-Sham that recently there had been new transformations in the way offenders, particularly Syrians, were dealt with in the Gulf countries, as a result of the new policies which have gone into effect. He pointed to the need for everyone to try to regularize their legal status in these countries as soon as possible.

Jarjour noted the lack of options available to Syrians in the event that they were expelled from the country, as Sudan will be the first place of refuge. He called for the need for media campaigns to intensify to draw attention to the situation of Syrians and to pressure the Gulf governments to make an exception for them.

He notes that Saudi Arabia and other Gulf countries have, in recent years, carried out campaigns to prosecute offenders and then exempted Syrian workers because of what the Saudi Interior Ministry called, at the time, the “conditions Syria is undergoing.”

According to official statistics, the number of Syrians in Saudi Arabia is about 2 million, most of them residents, and others who had taken refuge there as visitors over the last five years.

The number of Syrians in Kuwait has reached more than 146,000, which comprises, according to Kuwait’s permanent representative to the United Nations Jamal al-Ghunaim, about 10 percent of the country’s population.