The Syrian government is making significant economic concessions to Russia, which will have long-term damaging effects on the Syrian economy, Enab Baladi writes 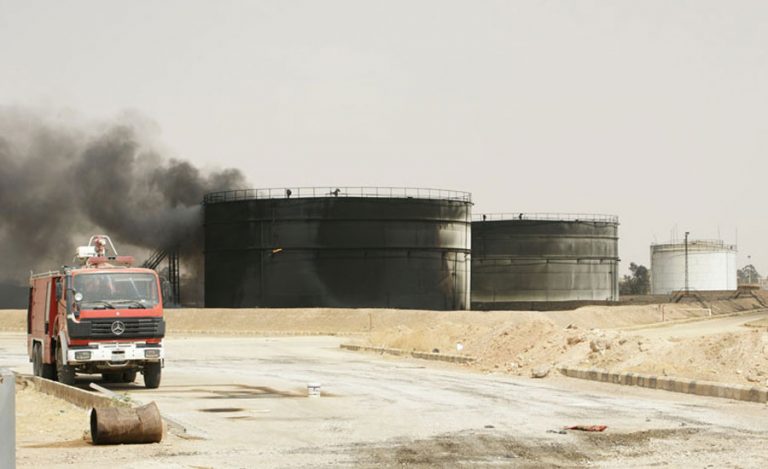 After the outbreak of the Syrian revolution, the Assad regime tried to drag Moscow into the Syrian quagmire by luring it with economic benefits.

The beginning was the signing in 2013 of the Amrit offshore gas contract, which was the first of its kind for the exploration for offshore oil and gas in Syria.

The contract provided for exploration in an area of 2,190 square kilometers. The length of the contract is 25 years, with $100 million expected to be invested. In the event that oil or gas is discovered in commercial quantities, Moscow will recover the expenses from production, according to the general director of the General Petroleum Company, Ali Abbas, speaking to AFP in 2013.

After the Russian military intervention, Russia’s dominance over the regime became more visible, through the signing of a number of agreements in various fields, including two agreements with a value of 600 million euros and 250 million euros in 2016 to repair the infrastructure destroyed by the conflict, in addition to building electric plants and grain silos, in order to make the “Syrian market open to Russian companies to come and play an important role in the reconstruction of Syria and investment there,” according to President Bashar al-Assad in an interview with the Russian Sputnik news agency last April.

The most recent of these deals, reported by the Russian Fontanka website on June 29, was a memorandum of understanding signed by the Russian Europolis company with the Syrian Ministry of Petroleum and Mineral Resources at the start of the year, which provides for the firm to “liberate areas including oil wells and facilities and protect them,” in exchange for obtaining a fourth of oil production.

A Russian company owned by the billionaire Gennady Timchenko has also since June begun carrying out maintenance work for the largest phosphate mine in Syria, which is in the Khneifis area near the city of Palmyra, according to a report published by Russia Today on June 27.

The report said that Assad ratified on April 23 the deal between the General Establishment of Geology and Mineral Resources in Syria and the STNG Logistics company, a subsidiary of the Stroytransgaz company, of which Timchenko owns 31 percent, with the aim of carrying out necessary maintenance work on the mines and offering protection services and production and transport to the Selaata port in Lebanon.

A researcher named Manaf Qouman said that the contracts and deals between Russia and Syria will have damaging effects on the Syrian economy in the long term, as they will tie up the Syrian economy and government and prevent them from carrying out any development steps with an independent national decision, as well as exploiting Syria’s natural resources. “Any development process will run into the Iranian-Russian wall [Tehran has also obtained various agreements with the regime], who will object to the process to impose their special agendas in a way that benefits the two countries more than the Syrian state and the Syrian citizen,” he said.

Qouman stressed the danger of the contracts related to investment in petroleum ports and the right to explore for gas, oil and phosphate and extract them, because they will be stolen for the benefit of Russia and Iran, and the two countries will work to “suck the resources” without taking into account Syria’s national interests. Russian companies could sell oil, gas and phosphate extracted from Syrian territory at high prices and this will have negative effects on the government and citizen in terms of internal prices and costs.

“Odious debts” may be the way out

Qouman said that the agreements were legally stuck to the Syrian territory and would not be affected whether the regime remained or not because the agreements were signed with the Syrian regime’s government, which still enjoys international legitimacy, has a seat at the United Nations Security Council and its embassies around the world are working, therefore its agreement to the documents and contract was legally in force.

Qouman pointed to the possibility of reducing the burden of these contracts and keeping pace with the Russians and Iranians by finding a specific mechanism that does not harm the economy and citizens in the future. This will depend on the form of the future political transition process and who writes the Syrian constitution and the mechanism for forming parliament, as well as the political system that will prevail in the country.

What are “odious debts?”

The term odious debts was used for the first time in 1927 by the former Russian minister and legal scholar in Paris, Alexander Nahum Sack.

According to Sack’s law, “When a despotic regime contracts a debt, not for the needs or in the interests of the state, but rather to strengthen itself, to suppress a popular insurrection, etc, this debt is odious for the people of the entire state. This debt does not bind the nation; it is a debt of the regime, a personal debt contracted by the ruler, and consequently it falls with the demise of the regime.”

The law says that it is possible for a government to give up its previous obligations because these debts do not fulfill one of the conditions that determined the legitimacy of debts, which is that the amounts taken in a country’s name must be used to meet the needs and interests of the country.

According to this, “odious debts” are debts in which the three following conditions are met at once: The absence of consent if the loan is issued against the will of the people, the absence of a public benefit if the money is spent in a way that contradicts the interest of residents, and the creditors' knowledge of the bad intentions of the borrowers.