The cease-fire brought about by the de-escalation agreement is giving people in the northern province the opportunity to rebuild, opposition media Iqtissad writes 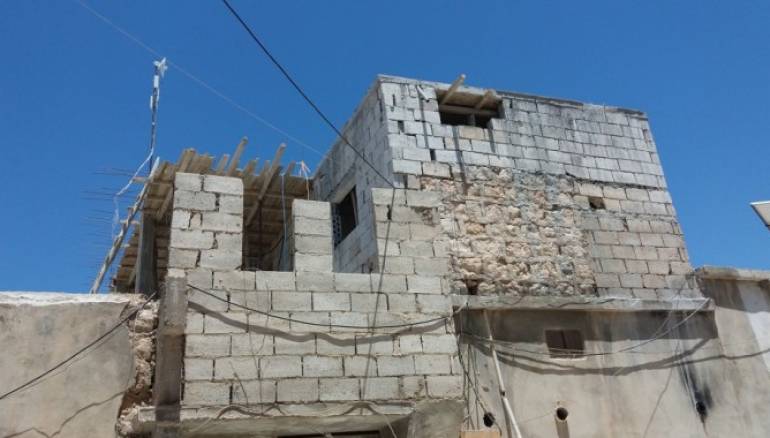 One symptom of this is the construction sector, as many people have decided to renovate their homes and shops.

Abdo, 32, a resident of Sarmin in the Idleb countryside, started building a new floor for his house. “I live with my parents and my family, and the house has become too small for us, but thank God I collected a sum [of money] and I can build a room and its amenities,” he told Iqtissad.

“The quietness resulting from the absence of bombing helped us to get started, but the price hike might hinder me,” Abdo added.

With the increase in demand for building materials, markets have witnessed a rise in prices. Within one week, the price of a cement bag increased from 1,400 to 1,900 Syrian pounds, according to Abu Mohamad, who trades in building materials. The prices of other materials such as ceramics and paint also rose.

“The cement bag has become like a stock market, its price now stands at 1,700 pounds,” said Abu Mohamad.

The construction boom is not limited to repairing what the regime airplanes destroyed but also includes building new properties.

Abu Imad, an old construction contractor from the city of Saraqib said: “I did not stop working in the previous years, but [work] was relatively weak.”

He continued: “I am still contracted on building sites in different towns and villages, and the work increased after the cease-fire.”

According to Abu Imad, building costs stand at 16,800 Syrian pounds per square meter for standard housing.