As international focus shifts to Deir-ez-Zor, ISIS is attempting to strengthen its defenses in the eastern province in anticipation of the next big clash, Enab Baladi writes 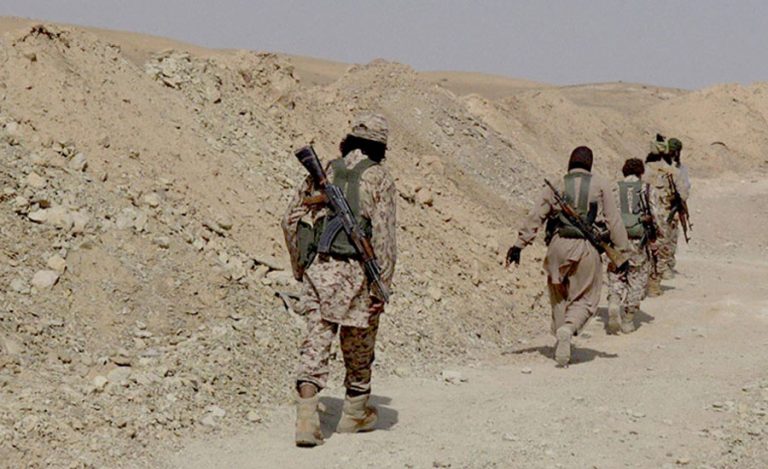 Following the Iraqi government’s announcement last week of the end of the caliphate’s presence in Mosul, the different stakeholders in eastern Syria are now readying for the principal battle against Islamic State (ISIS) in the province of Deir-ez-Zor.

ISIS fighters have bolstered their defense in Deir-ez-Zor in an attempt to find new safe havens following the battles for Mosul and Raqqa.

The Euphrates News Agency reported that ISIS recently ordered shop owners to erect sand barriers in front of their shops in many towns and villages in the province.

The group has even forced civilians in the city of Mayadeen to place barricades in front of their homes, according to the widely circulated provincial news agency. In addition to this, ISIS is said to have destroyed tall buildings to prevent them from becoming bases for invaders in the event of an air landing of troops.

A Deir-ez-Zor military officer told Enab Baladi that ISIS is getting ready for a similar battle as seen in Mosul and Raqqa.

Military analyst Col. Hatem Rawi said ISIS is hiding fighters and weapons among the civilian population so that attacking forces will be unable to identify them.

The battle in Deir-ez-Zor will be "the longest, fiercest, and costliest," according to Faissal Dahmoush, a military expert. This is because ISIS will be defending its last stronghold on the one hand while also fighting to ensure its resources don’t fall to whoever seizes control of the city.

But the province also possesses geopolitical importance, as it will link the Sunni population from Aleppo in the west to Iraq’s Anbar province in the east. As for the social fabric, the tribal population have strong ties with Saudi Arabia, which sees control of the area as strategic to counterbalancing the Iranian Shiite influence.

The battle for Deir-ez-Zor will also help the Assad regime appear as a strong contributor in the war against terrorism. For Washington the important factor is oil. While for Iran, it needs the province to ensure a land passage for its troops and interests from Iraq to Lebanon.

However, it is the U.S. administration which, in the end, will decide who will liberate the province.