With an absence of official institutions to certify marriages, young Syrians are resorting to unofficial unions which offer no legal rights for spouses, Sada al-Sham reports 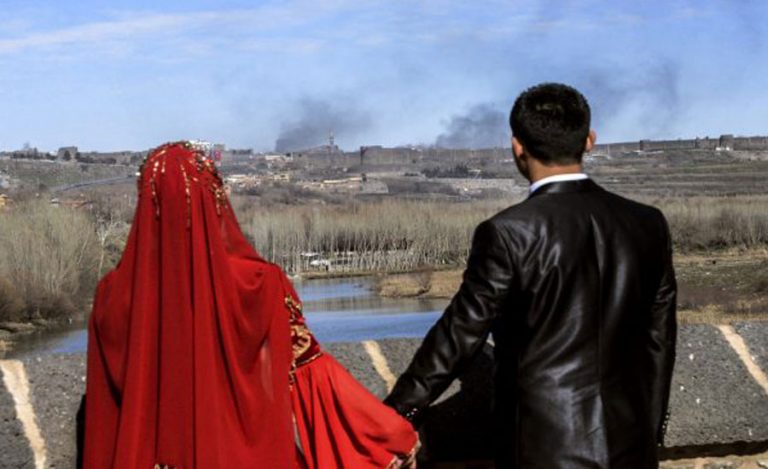 Conventional marriage is an unofficial, unregistered marriage, based only on a simple religious ceremony. While it is religiously acknowledged, it is not considered an official union at the government registry.

During the years of war in Syria, the phenomenon of conventional marriages has increased to become a negative phenomenon leaving some families facing many complications.

Legally speaking, there is no legal rights for any of the spouses under these marriages. Women cannot request support from husbands and spouses are not beneficiaries to inheritance in the case of death.

Many men abuse this form of union to cheat women, often living with spouses only for a few days before divorcing them. Divorce under these circumstances is as simple as merely uttering the sentence, "I divorce you."

Due to administrative shortcomings in some areas, conventional marriages are sometimes the only option for couples. Tammam is a young man who lives in Homs countryside in a besieged town. As no courts or registries were available to register his marriage, he had no other option but to marry in a religious ceremony with presence of an imam, the father of his bride and two witnesses. Although he and his wife are expecting their first child, it will not have a birth certificate.

The siege imposed by the Syrian army and pro-regime militias has left young people of many areas no option but to get married this way.

In 2016, the United Nations estimated the number of people in besieged areas as 1 million.

Official marriages require a judicial record proving that either spouse is not convicted of a criminal offense. Many are unable to obtain this document as they are either defectors or had previously been detained for participation in the uprising.

Marwan is a young man who defected from the army. He told Sada al-Sham that he did not want to kill his own people, but now he cannot register his marriage.

"I had two options," he said, "to be an eternal bachelor or to have a conventional marriage."

In the opposition-controlled areas there is no means to register marriages. One solution for couples was to have a conventional marriage, then have a lawyer take their marriage document to Damascus for certification. It worked in few cases, but failed in many others.

But the worst complication of conventional marriages is the ease of divorce, where men have no restrictions, allowing husbands to abandon their wives anytime for any reason.