Desperate to find their loved ones, family members are resorting to paying large sums of money to mystics to aid their search, Al-Akhbar writes 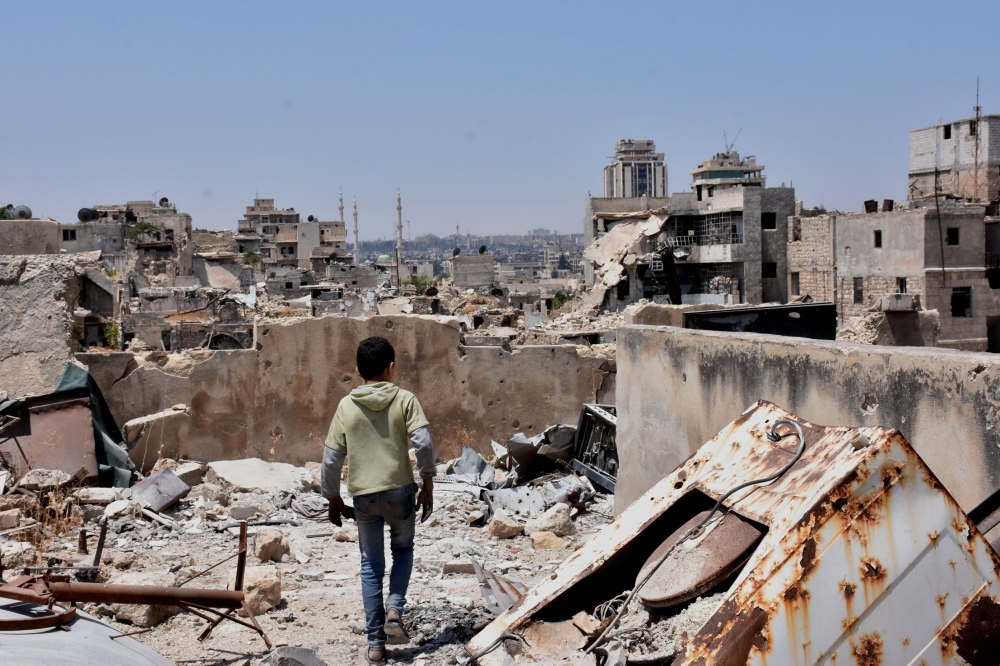 Talk of a “sorceress” has begun to spread in the streets of the Syrian capital recently, with promoters claiming that she has the ability to determine the location of any lost person in exchange for 1 million Syrian pounds, half paid before revealing the location, and the other after the family of the missing person confirms the validity of the information. To confirm the veracity of the rumors, Al-Akhbar visited the Jewish Quarter of Damascus, where she lives. According to the district mukhtar more than three people per day — most of them women — head to the district to question the “sorceress.”

Many astrologers work in this quarter, but when we knocked on their doors, they said their work focuses mostly on issues related to marriage, divorce and passion, while the issue of missing people is something astrologers shy away from, given its security implications.

One of the astrologers explained that they avoided questions on missing persons for fear of the authorities — if they learned that someone was addressing the issue of missing people in this way, they would be “at his aunt’s house within an hour.” Notably, most of those we encountered and spoke with in this area were either working in this profession — if it is correct to call it a profession — or were brokers for the “sorcery,” and as soon as you ask about the issue, they immediately try to whisk you away to the magician himself. This is especially the case with the issue of missing people, because brokers understand the burning desire of families to find the missing, and many are prepared to pay large sums just to obtain information.

Rabab, the sister of a person who went missing in one of the military air bases about four years ago, has not been able to get an answer despite all the efforts she and her family have made to seek out information about her brother’s location — they still believe that he is alive. The family has not obtained anything but a great deal of extortion and a little bit of pity. They sometimes travel from one province to another with the aim of meeting an “important figure” who has information about captives, waiting before his door for long hours and paying “sweeteners” to his office employees, and then sitting with him for a few minutes while listening to his lecture about “patriotism.” They are sometimes greeted with a smile and loose promises, and then come back with empty hands. Sometimes they negotiate frankly with the people who claim to be able to obtain information about captives, whether communicating through national reconciliation committees, or lawyers, or officials in the state ministries, or even individuals from the armed groups in areas outside the control of the Syrian government. These people take a first sum from the family and then melt away like salt in water.

Here, Rabab says: “Thank God we have not lost more than 200,000 Syrian pounds. This was at the beginning, before we became able to discern swindlers when we first come into contact with them.” She adds: “We have knocked on every door and have found them closed. Despite that, we have no lost hope. Today I’m connected with social networking sites to get any news I can.”

Jihan’s husband went missing on the way to the city of Daraa during a work trip five years ago. Her husband’s good finances allowed them to pay about 1 million Syrian pounds in different parts, but to no avail. “All the money means nothing compared with getting correct information. But the hardship lies in the psychological anxiety, the waiting and the form of extortion,” she explains.

Umm Majid, the mother of a captive, said that she and a group of mothers and wives of missing people were in near constant direct communication in the event that any of them hears any information or news about the captives. They trade information which could lead — they believe — to gaining any sign that the captives remain alive.

Among this group is a woman commissioned as a lawyer for a not inconsiderable sum to follow up on the issue with the Justice Ministry and the National Reconciliation Committee, with the aim of making sure they are not subjected to any form of extortion by unknown parties.

Regarding their personal experiences, Umm Majid says: “I was in contact with a woman who lives in the Barzeh area. She had contact with militants in the Eastern Ghouta, as they claimed. She tried to help us and didn’t ask for money, but I always reminded her of the issue by refilling her mobile phone credit.” Umm Majid continued, saying that she had been subjected to extortion once, when she learned of a man in the Jaramana area who was said to have information about captives in the Ghouta. He demanded 50,000 Syrian pounds before he would speak a word.