The implementation of safe zones in rebel-held areas has encouraged a rise in housing prices which couples are struggling to afford, Iqtissad writes 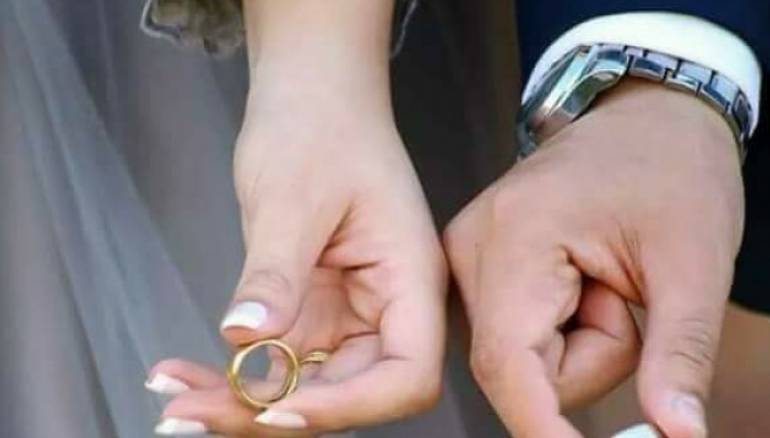 Ismail, a 22-year-old who lives in the opposition-held areas in Aleppo northern countryside, has been racing against time to marry his fiancé during the summer.

According to Ismail, financial constraints have hindered his plans. He says that one of his main goals was to provide his bride-to-be with a comfortable and fully-furnished apartment.

“The most important thing that any young man willing to get married should provide his wife with is a convenient home, however, it is the most difficult part of the process due to the housing crisis in the area,” he says.

In spite of the unstable conditions in the northern parts of Aleppo's countryside, affording a separate house or apartment is not an easy task for many newlyweds.

The implementation of the de-escalation zones in the towns and cities, and the sharply rising prices of homes and furniture, has made Ismael’s dream in having an apartment more difficult to realize.

“After you manage to get a place, you still have many things to buy like [beds], electric devices including a generator, solar power devices, carpets, kitchen utensils and the list goes on,” Ismail said.

Unlike Ismail who is still striving to fulfil his dream, newlywed Mohamad and his wife have been able to settle in a small house after a long journey of distress.

Mohamad told Iqtissad that he managed to rent a partially furnished house and create some furniture of his own.

“The house had some furniture like carpets, mattresses, and kitchen utensils but does not have a real bed. I could not afford one, so I brought some bricks, built them and put a wooden board on top of them. So, finally I had a very comfortable bedroom," Muhammad says.

The housing crisis along with the rocketing prices of furniture has pushed many young men preparing to marry to buy second-hand furniture. The prices of newly made bedrooms range between 150,000 and 400,000 Syrian pounds, while second-hand ones start from 10,000 pounds.

The prices of kitchenware and electrical white goods have risen sharply as well, with fridges and washing machines extending into the hundreds of dollars.

Power shortages in the area have added an additional stress, pushing people to invest in new sources of electricity. Many residents have resorted to solar power as a result, but the cost of panels is expensive.

With this rise in living costs, particularly in the northern parts of Aleppo, marriage has become a distant dream for many lower-income earning families.

However, Ismael says he is keen on making his life dream a reality and to enter into a union with his life partner under the one roof.