Zaman al-Wasl claims members of pro-regime militias, who are known to have conducted abuses against civilians, are among those living within Europe's refugee communities 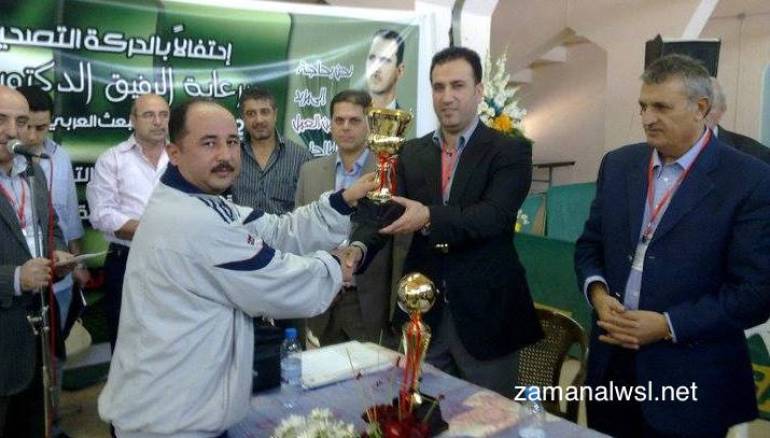 In Germany, a country that has opened its doors to Syrian refugees fleeing the atrocities and torture chambers of the Assad regime, many victims and their family members face a growing threat from loyalist shabeeha militants who have also managed to slip through and receive asylum.

Without knowledge of the German legal system, and being unwilling to cause problems in their new homes, many victims who have been forced to reside side by side with their abusers have remained silent despite their deep bitterness and anger.

However, of those complaints which have been submitted to German authorities, none have resulted in bringing their perpetrators to jusitce.

Furthermore, these shabeeha members are said to make regular trips back to Syria, where they stay for some time, only to return to their host countries. These shuttle trips between Syria and Germany should disqualify these individuals from receiving refugee status, as there is no longer a threat to their lives in their original country.

A team of Zaman al-Wasl reporters investigated one such case in which a senior member of a pro-regime gang in Aleppo, Muhammad Abdul Kareem Hazori, sent his eldest son Abdul Kareem to Germany in 2015 to seek asylum.

Abdul Kareem left Syria for Turkey on Sept. 17, 2015, and boarded a boat with other refugees two days later. He landed in Greece where he stayed before setting off for Germany, where he arrived in October 2015.

The man succeeded in convincing authorities of his plight as a victim who deserved protection, only to be granted a three-year residence permit to stay in Germany.

In June of this year Abdul Kareem traveled to Syria through Iran, staying two months in regime-held areas where he openly showed his support for the Assad regime.

On Aug. 22, Abdul Kareem posted questions on his Facebook page about possible ways to leave Syria for Germany through Lebanon and Greece, expressing his personal fears that German authorities may realize his deception.

Abdul Kareem's family, the Hazoris, are among President Bashar al-Assad's most loyal supporters and have carried out many operations against peaceful protestors in Aleppo since 2011.

Members of the Hazori family joined shabeeha groups and ran their own detention centers, in which they have been said to have tortured protestors. Others from the Hazori family were senior members in Assad's government.