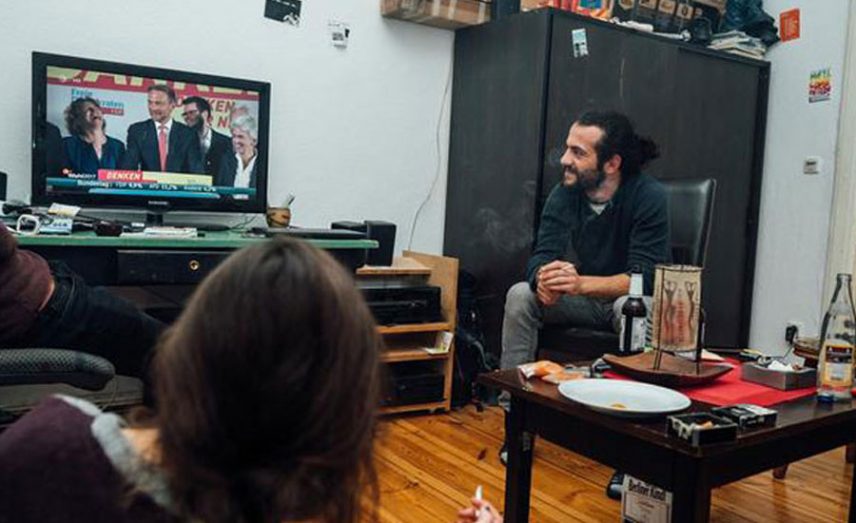 The victory of Angela Merkel’s Christian Democratic Union party in once again leading the German parliament has not been enough to reassure Syrian refugees, as a nationalist, right-wing party is set to enter the Bundestag for the first time since the World War II. The anti-migrant trend which preceded this election does not seem to be confined to Germany's borders, with support declining for refugees in various countries which had welcomed them at the beginning of the Syrian revolution on the popular and political levels alike.

“Three and a half years have passed during my refuge in Germany, and today I feel a clear difference in the way the street treats and accepts us as refugees, compared with the beginning of my time here,” says Bayan, a 31-year-old Syrian woman living in Germany with her husband and child.

Bayan offers an example of the decline of Germany's welcome for refugees and the desire of locals to interact with the new visitors, saying: “Since I took up residence in this town about two years ago, we have organized weekly meetings in the public library to bring together refugees and women from the city with the aim of increasing integration, language training, and exchanging skills between us such as knitting and embroidery. In the beginning there was a large number of German women coming to show their desire to help refugee families materially and morally, and to welcome their arrival and to teach the language. Today there are no more than one or two women attending the meeting with us.”

Bayan explained: “My son and I have tried seriously to integrate with those around us, and I took him to a German kindergarten to interact with children from the town where he is growing up and so he can learn the language fluently. I try to make conversation with the mothers there, and I’m eager to congratulate them on their holidays and respect their customs and traditions. This is something that has helped a little in others accepting us, but I think that I’m buying their amiability with sweets I give out on our holidays, and their kindness, closeness and welcome in this case is not reliable, there is no good in warmth that comes at a price.”

“I’m pained when I see racism in the behaviors of others and their talk. Sometimes racism is in a contemptuous look, or even in the way they treat you sharply or evade your requests at the supermarket or an institute, or sometimes it extends to verbal abuse or violence,” says Bayan with frustration.

She adds: “What pains me most is thinking that my son will grow up in a society that sees him as an individual less than the others. Last week I was walking with my child in the streets of the town when I glimpsed a large banner written in Arabic. I went toward it to find it saying: ‘Go back to your country!’”