Damascus announces plans to transfer the zones outside of cities to dedicated areas in the loyalist provinces of Lattakia and Tartous, Al-Watan reports 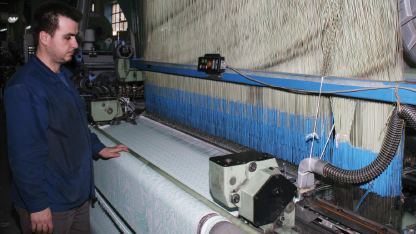 The director-general of industrial cities at the Ministry of Local Administration, Akram al-Hassan, said that plans are underway to develop a number of industrial and artisanal zones on the Syrian coast after a visit by the prime minister to the provinces of Tartous and Lattakia. The estimated price to establish six industrial and artisanal zones in the two provinces is estimated to cost more than 5.3 billion Syrian pounds ($10.8 million), he said.

He said that the funding for these zones would be completed through the high planning council with a decision from the finance minister, and that contracts had been concluded with public sector companies and approved. Direct orders were given on Sept. 17 with a 200-day time frame for the region.

With regards to Lattakia province, the head of the industrial cities indicated that three sites had been allocated to set up industrial and artisanal zones at a total cost of more than 2.6 billion Syrian pounds, including the industrial zone in the town of Fadri Karkit, which lies about 35 kilometers from the Aleppo road, with an area of 35 hectares and a cost of about half a billion pounds. The implementing agency has commenced work on the first and second parts and the infrastructure, and is expected to be a central industrial zone due to its location, allowing the establishment of large, non-polluting industries inside it.

In the city of Qardaha, an area of 3 hectares has been allocated to implement an industrial and artisanal area at a cost of 632 million Syrian pounds.

In the city of Jabla an area of 25 hectares has been specified to establish an industrial and artisanal zone in the Derodan area at a cost of about 1 billion Syrian pounds. The implementing agency, the General Company for Roads and Bridges, has commenced the work on infrastructure.

Hassan noted that the areas for the new industrial zones in Tartous and Lattakia had been agreed upon with the regional planning authority, adding that all of them lie on the outskirts of cities and that the artisanal zones will be implemented in accordance with a planning program in a way that prevents pollution, whether of the air, water or land. He added that the goal is to remove industrial and artisanal facilities from inside the cities and relocate them to residential areas.