Opposition sources say Russia and the UAE are looking to advance talks using Mohamad Dahlan, a Palestinian intelligence figure who has been linked to numerous regional intrigues 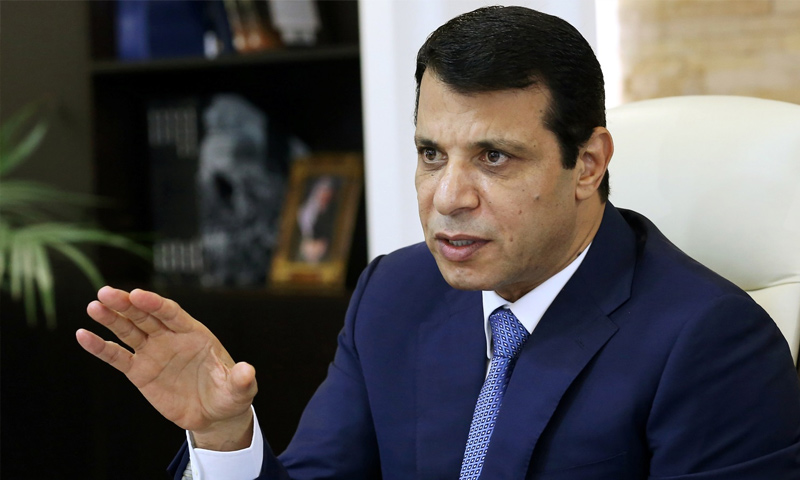 The name of exiled Palestinian Fatah leader Mohamad Dahlan has been swirling in negotiations circles connected to the Syrian issue, as one tasked by Russia and the United Arab Emirates to negotiate with the Syrian opposition around the coming political phase.

Dahlan, one of the most prominent political partners of the UAE ruler Khalifa bin Zayed and Crown Prince Mohamad bin Zayed, is an intelligence player accused of playing a role in the first coup attempt against the Turkish government in 2013, the demonization of the Hamas movement in Gaza and tying them to “terrorism,” and the coup against former Egyptian President Mohamad Morsi, in addition to supporting the Libyan officer Khalifa Haftar in the anti-Tripoli government.

Speaking to the Al-Quds al-Araby newspaper, Syrian opposition sources said Dahlan will place the opposition before two solutions. The first is to accept Assad remaining until 2021 and the formation of a high military body with broad powers. This military body would be “tasked with stabilizing security and restoring an environment allowing constitutional political life [a constitutional declaration and parliamentary and presidential elections].”

The second solution revolves around holding “urgent presidential and parliamentary elections under United Nations supervision with the participation of Bashar al-Assad at the beginning of the new year.”

News of the Palestinian leader entering into the Syrian negotiations came days after the head of the Movement for a Pluralistic Society, Randa Kassis, published a picture of herself with Dahlan during what she described as a “political meeting in September.”

Kassis is considered one of the opposition figures close to Russia, and a prominent member of the “Moscow platform” attributed to the Syrian opposition, which has in recent years taken a role contrary to the rest of the Syrian opposition and has been accused of having positions favorable to the Assad regime.

The Palestinian leadership figure has entered into many divisions, and an investigation published by French newspaper Le Monde described him as “the heart of political and financial intrigue in the Middle East,” revealed his role in sabotaging Arab revolutions, and pointed to the “generous” support he enjoys in all his moves from his “close friend,” the Emirati Crown Prince Mohamad bin Zayed.

The newspaper labeled him a “Middle East octopus” given his “suspicious” movements, as he has met Egyptian President Abdel Fattah al-Sisi a number of times, and has participated in negotiations in the Sudanese capital Khartoum to build a dam on the Nile. Dahlan has also carried out secret missions for Khalifa Haftar in Libya, and communicated with Tunisian actors during the transitional stage in Tunisia.

The Syrian writer and researcher Sinan Hatahat has compared Jarba to “a flexible man without significant principles apart from his opposition to Islamists and to Qatar and Turkey, and therefore in harmony with Dahlan.”

Foreign reports have clarified that Dahlan is the Emirati arm in Syria, through military support given by his companies to Syrian opposition groups, most notably the Southern Front in Daraa, in addition to the military groups which receive support from the Amman-based Military Operations Command support coordination room.