Moves by Turkish authorities to encourage social inclusion among Syrian refugees in schools has backfired in some areas of the country, Al-Etihad Press writes 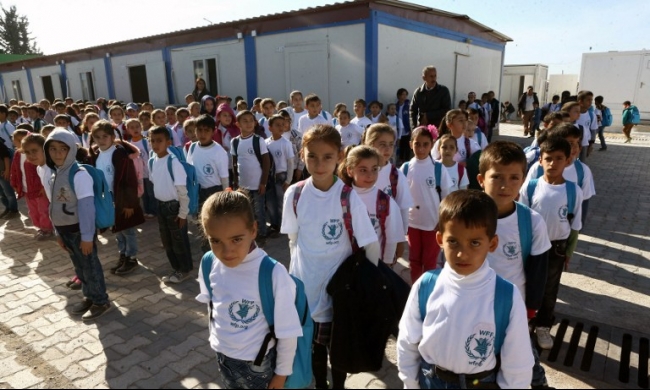 Perhaps Turkey’s recent attempts to grant citizenship to a limited segment of Syrian university graduates, doctors, engineers and teachers proves the weight of Ankara’s approach to strengthening the integration of refugees into Turkish society. The move followed a chain of other decisions on integration issued this year related to education and work, the latest of which saw all Syrian students and teachers moved to Turkish schools and instructing Syrian pupils with the Turkish curriculum.

Many have found these decisions to be a positive step by the Turkish government in the life of Syrian refugees, however the reality is different as these decisions have provoked the ire of some Turkish citizens, pushing them to demonstrate against the moves, especially the decision to integrate Syrian and Turkish students. A number of areas in a number of provinces, most prominently Antakya, have seen demonstrations calling on the government to separate Syrian students from Turks because of what they called “Syrians’ interference” on their children which is impeding the educational process, reflecting negatively on the local students.

Mohamad Abdel Salam, a Syrian refugee and one of those who has recently obtained Turkish citizenship, told Al-Etihad Press that obtaining Turkish citizenship was not free of problems, or more precisely “duties,” which are above the ability of Syrian refugees at the current time. Those who obtain citizenship must pay government fees, such as “health insurance and supermarket licenses,” which requires a large sums of money above his abilities as a “refugee.” In the event that he decides to consider himself a “Turkish citizen,” Abdel Salam must accustom himself to expectations even though Turkish society struggles to accept him as one of its members.

Mohamad al-Saleh, a Syrian refuge in Antakya, meanwhile spoke about his children who are studying in Turkish schools being subjected to violence and harassment a number of times by Turkish children. He said that he spoke with the school principal about the harassment, but was told that powers of the administration are only enforced inside the school and have no bearing on students outside it.

“So far I have not found a solution… there are many Syrian students subjected to beatings and aggression at the hands of Turkish students repeatedly, and this generates fear about new clashes between Syrians and Turks in the future,” he said.

He added that it was not possible to generalize these occurrences, but that the situation was no longer tolerable, adding that the government decision to move Syrian students to Turkish schools was a mistake.