The Kurdish administration is increasingly mirroring the practices of the Assad regime in areas it controls, Ain al-Medina writes 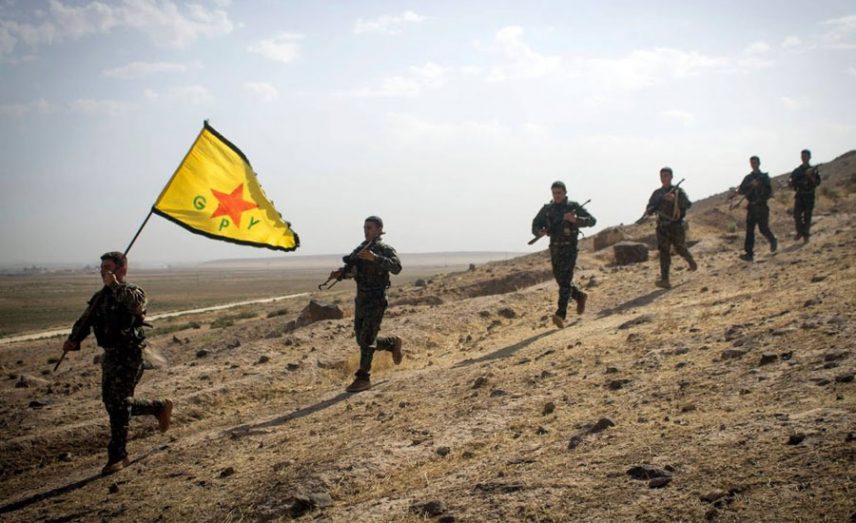 As a term, “the party” formerly denoted the Baath Party. But today there are two parties, both largely based on geography: The Baath Party and the Democratic Union Party (PYD). Both these parties govern and administer and depend on strong intelligence agencies, which, of course, are also used to pursue their aims and intentions, which overlap and which they sometimes share.

The PYD has been able to benefit from the military confrontations occurring on Syrian territory and take control of some important sections of it, whether through military clashes with Free Syrian Army units, or through agreements with the regime, and, recently, in battles it joined to expel the Islamic State (ISIS) from the provinces of Raqqa and Deir-ez-Zor, with clear American support. The United States found in them a trained proxy ground force with high military discipline, after failing to form a force from Arab FSA groups to fight exclusively against ISIS.

With the beginning of 2016, the year in which the opposition took a heavy military and political blow, the PYD has been able to expand its control outside the city of Afrin to include about 15 Arab villages in the northern countryside, expelling most of their residents.

In Aleppo city, the PYD, in coordination with regime forces, has been able to take control of four new districts, Bustan al-Basha, Al-Halak, Baeedeen and Al-Haydairiya, in addition to previously controlling Sheikh Maqsoud and part of Ashrafieh.

In the villages which the PYD has taken, Arab residents who remained in their villages are particularly suffering, especially as they are forbidden from traveling to the liberated areas. Most of them cannot see their families or relatives, even on holidays. Residents are given one very “democratic” choice: either remain or travel without returning. Meanwhile, there is no problem with them traveling to regime-held areas.

The PYD has also imposed its own Kurdish curriculum on school students, bringing in a number of unqualified teachers for a short course around their new program in the Kurdish language. Residents have rejected the “party curriculum,” protesting by forbidding their children from attending schools, with the position of the “democratic” administration as expected: either accept the curriculum, or the schools will close.