Patients cannot be treated in the Ghouta due to the limited capabilities of medical staff, doctor tells opposition website 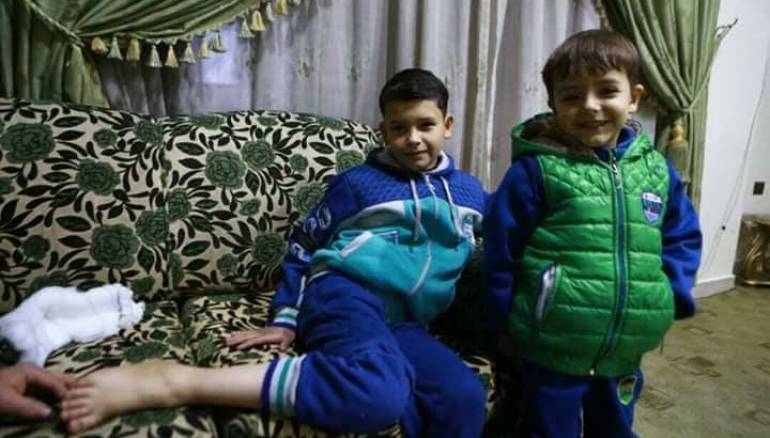 Five-year-old Hamouda does not know that the United Nations has a law called the Child Protection Act which concerns him and his rights.

Hamouda, who has hemophilia, lives his childhood different to other children elsewhere. He is one among many children and adults suffering from chronic illness in the besieged Eastern Ghouta suburbs of Damascus.

According to Dr. Mohamad Kutub, there are over 1,000 people suffering from chronic illnesses inside the Eastern Ghouta, including 550 cancer patients, 672 insulin-dependent patients, and at least 10 patients living with hemophilia.

Kutub, the representative of the Syrian American Medical Society (SAMS), which runs a number of treatment centers in the Ghouta, spoke to Zaman al-Wasl about the increased suffering of those living with chronic illnesses due to the Assad regime-led siege.

The Eastern Ghouta is currently experiencing the worst humanitarian crisis since the outbreak of the revolution and the intensification of the siege, according to the doctor, which has led to the list of victims increasing over time.

The situation is worse for patients who cannot be treated in the Ghouta due to the limited capabilities of medical staff, he said, adding that “some injuries require advanced surgeries, [and] those people should be evacuated from the Ghouta and treated.”

“The second issue is that we have patients who suffer from chronic diseases such as asthma, diabetes, Crohn's disease or rare diseases such as hemophilia, who cannot be treated because of the siege,” Kutub explained.

He revealed that SAMS began collecting patient names and case information since the beginning of the summer after the regime closed the tunnels connecting the Ghouta to areas it controlled. According to Kutub, the Society continued collecting statistics and sending them to the World Health Organization in its offices in Turkey.

They also sent the lists through the Red Crescent division working in the Douma district to the organization’s Damascus offices. He said that after all this effort, “we were only able to evacuate eight cases.”

Kutub said it is clear evacuation is possible, but the Syrian regime’s practices hinder this, and the United Nations is not performing its role toward these humanitarian cases.

“We are trying to convey the picture to all U.N. agencies at the highest levels. We have seen statements from senior U.N. officials in the last two weeks as a result of the efforts of a group of Syrian activists and humanitarian organizations seeking to deliver the voice of the Ghouta, but the statements do not save patients,” he said.

He said the organization is now trying to get the Ghouta’s voice to the media to pressure the public opinion.

Regarding the international convoys that have recently entered the Ghouta’s eastern cities and towns, Kutub said that this medical support rarely includes doctors with specialties, adding that the surgical material entering is not enough to improve the medical reality for a population of 400,000 who have been besieged for over four years.