Council members label efforts to shut down elected bodies an infringement on the rights of local citizens, Sada al-Sham write 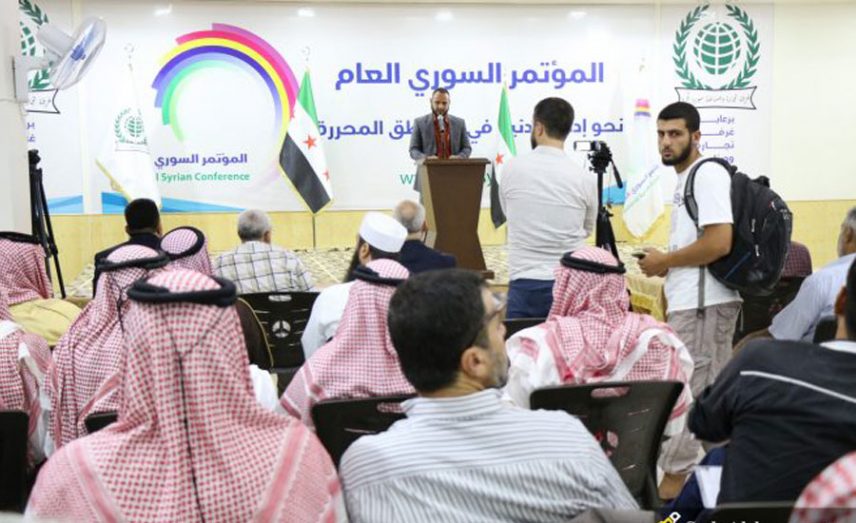 Local councils in Idleb province face dissolution after years of efforts to establish a civilian administrative body as an alternative to the Assad regime’s institutions.

The formation of the “Syrian Salvation Government” was a turning point in all aspects of administrative work in the country’s northern province, as this administration took the reins of most service issues in the water, electricity, transport, pricing and other sectors.

The Salvation Government today is looking to keep its hold on all key matters, even if the issue requires changing or dissolving the local councils.

However, the matter is more complicated than it seems, as the legitimacy of these councils came from popular consent through direct elections, making the closure of any council a confiscation from the people which elected these councils.

The experience of the local councils started a short time after the eruption of the Syrian revolution, with many administering the civil and service aspects of life, distributing medical aid and assistance, participating in civil defense, and working in reconstruction and professional development. A total of 22 councils in Idleb province were directly linked to the Syrian Interim Government.

About a week ago, the Interim Government issued an “administrative order” to dissolve all local councils in the city and replace them with a united council it formed in mid-November. “All decisions and recommendations contrary to this order are canceled, and those who must comply shall be informed,” a statement from the government read.

After the issue of the administrative order, the Interim Government issued a decision to dissolve the local council of Ariha and replace it with another under its authority. These steps came from the Salvation Government after its influence expanded in northern Syria, especially when all civilian administrations under Hay’at Tahrir al-Sham were handed over to the new body.

“The Ariha local council rejected the decision of the Salvation Government in whole and in part, especially given that it was handed to the Ariha council specifically and not to all local councils in the province,” the statement read, adding that the Ariha council “will continue its work and official shifts without pause.”

The council expressed its complete readiness to dissolve itself but with the condition that “the decision is made to dissolve all local councils in liberated areas in order to serve the interests of the citizen.”

Meanwhile, the head of the local council in nearby Saraqib, Muthanna Mohamad, told Sada al-Sham: “No instructions have reached us to dissolve the local council from the Salvation Government.” He said that in the event of such communication “The council will meet with the administration and the members and the executive committee to discuss the issue.”

He added that the Saraqib council was the one council to see direct elections, and that dissolving the council without going back to the street which extended its legitimacy and elected it fairly would be a violation of the law first, as well as a clear violation of the rights of the city’s citizens and their freedom in choosing the council which will govern them. He added that the council’s term will end in July 2018, according to the election, and that no party had the right to dissolve them before this date.