Despite efforts to see a return of the city's displaced, too much work is required to see the resumption of prewar life in regime-held Deir-ez-Zor, Ayn al-Medina writes 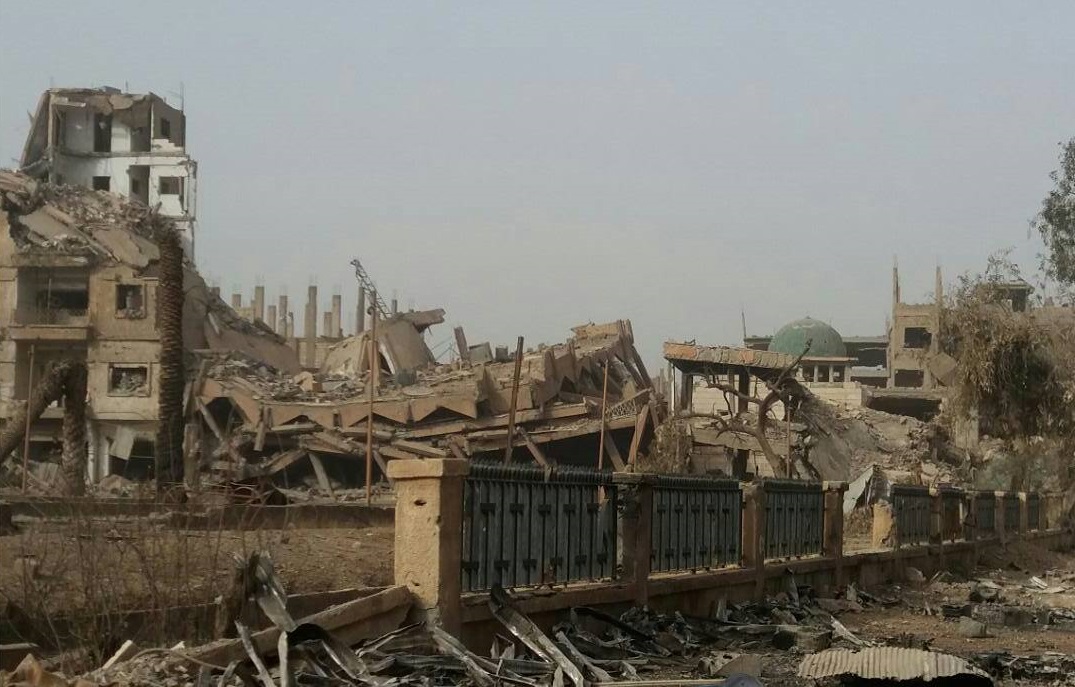 In the regime-controlled part of Deir-ez-Zor, circulating rumors collide between naive optimism that China will reconstruct Deir-ez-Zor and build a new city on the highway to Damascus, and cynicism based on what the people in the city suffer every day.

In the last month, regime ministries have increased their visits to Deir-ez-Zor province with the aim of reviewing their needs and preparing plans to activate basic services, beginning with repairs to infrastructure and relaunching schools, according regime media. As a result of these visits, decisions were issued from most of these ministries stipulating the return of displaced civil servants from Deir-ez-Zor with their original jobs in the province.

The decision created widespread grumbling among displaced civil servants because of their inability — if they return — to secure housing in the city, which is estimated to be about 90 percent destroyed according to the governor on regime television. So far, the main and side streets in the al-Hamidiyeh, al-Amal, al-Jabila, al-Muwazzafein, al-Arafi, al-Sanaye, al-Matar al-Qadeem, al-Sheikh Yassin, al-Aridi, al-Kanamat, Khasarat, al-Hawiqa, and most of al-Rashidiyeh are largely closed because of the rubble of the buildings overlooking these streets. No streets have been opened yet but the main roads between the districts. The drinking water networks and electric transport and sewage systems have sustained severe damage and are now all out of service. In addition to the houses, most of the public facilities and infrastructure in these districts are damaged as well.

An employee returning from Damascus asks about where these institutions could receive thousands — and perhaps tens of thousands — of returning civil servants. “Every department has a base of two bedrooms and a salon in al-Joura and al-Qasour, barely enough for the director and his assistant and secretary alone.” Even if they are able, the employee continues, where will the returnee’s family live? Even if they live above the rubble of his destroyed home, what school and what hospital will educate and treat his children?

In the health sector today, there is the partly-operational Assad Hospital. The military hospital offers its services in some cases while the hospital or the health center which the Iranians have opened in the al-Qasour district offers the best health services in Deir-ez-Zor without, of course, meeting the chronic deficit in this sector.

Now, even before the return of the displaced in Damascus and other provinces and with the number of residents around 100,000 in al-Joura, al-Qasour and its suburbs, the schools are unable to absorb all students despite being divided into two regiments. The number of students in some schools have climbed to 100 in a single classroom.

In the small space occupied by the two districts, it is rare to find a house vacant for rent, and if one is found, it will be at a high price. Alongside this comes the security breakdown due to the members of militias and the regime security agencies and soldiers of its army, which make life in al-Joura and al-Qasour unbearable for returning families.

In this situation, it seems the regime’s promises of action, in terms of activating public services soon, are lies and folly — propaganda aimed at convincing residents of its capabilities in returning life to normal. It appears the regime’s attempt, alongside other attempts, to consolidate power will remain unsuccessful and it will fail to entrench its military control, and in turn the missing security, with half the province going to the Syrian Democratic Forces with American protection on the left bank of the Euphrates River.