Reports have allegedly surfaced of a regime deal seeing the return of FSA fighters to Yarmouk after the expulsion of ISIS, Ain al-Medina writes 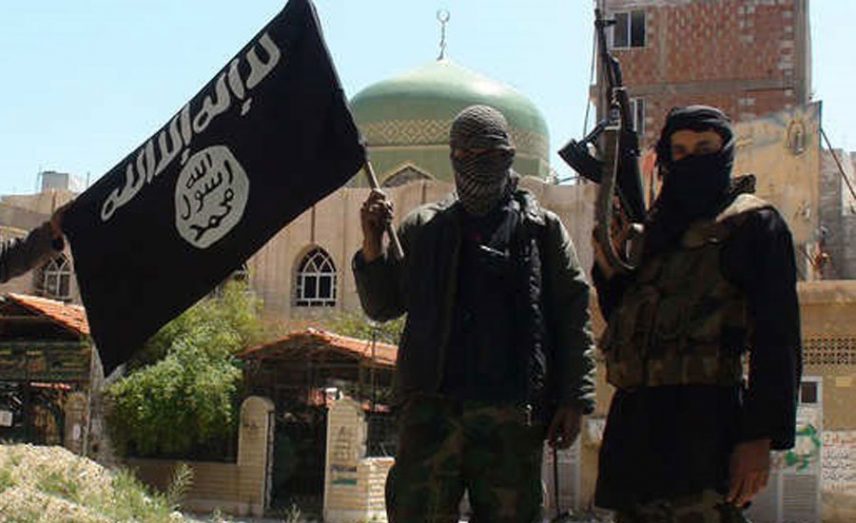 Areas under Islamic State (ISIS) control south of Damascus have witnessed swift developments indicating an imminent collapse in its ranks, stirring fears among civilian residents of an unknown fate as a result of the secret deals which could be made in a short time.

Reports have leaked of a deal struck between regime forces and fighters in Free Syrian Army brigades, which were displaced from the area which ISIS controls south of the capital to the towns of Yalda, Babila and Best Saham, stipulating their return in the event that the ISIS fighters are expelled from the area.

Second-rank ISIS leaders have left through routes opened by the regime to areas under their control in the southern province of Daraa, where the group controls a broad swath of land. FSA groups in Daraa have managed to apprehend some ISIS leaders, such as the infamous executioner Salah Qatish, as well as Ratib Teyara, one of the group’s founders south of Damascus and a former media official.

Alongside the flight of the leadership, the group suffers from a financial deficit which has appeared as salaries were cut for its fighters about six months ago. The signs of fragmentation have also begun to appear, manifested in the mutiny of about 50 of its fighters and their rejection of orders to stay in their homes and give up the allotments and food aid which the group still distributes to its members. However, despite these signs of weakness, the group still imposes its harsh laws on residents in everything related to behavior and appearance.

Hajj Khalid (a pseudonym), a resident of Yarmouk camp, said: “ISIS has ignored its collapse in Raqqa and Deir-ez-Zor and has not changed its behavior toward the residents.”

Hajj Khalid, who is about 60 years old, has refused to leave his home, and explains that the suffering he has endured in recent years made him insist on staying, “to breathe in my memory, full of the camp’s difficult events.” He added that “it is impossible for anyone to believe our suffering,” asking: “Is it reasonable for someone to believe that we have been living without medicine, without water, electricity or natural food for five years? Or to believe that we have paid 13,000 Syrian pounds for a kilogram of rice?”

The elderly man said he remembers the days of hunger which he endured during the time of the siege, and then the terror when ISIS entered the camp. But despite all that has happened, the return of the regime and its loyal Palestinian factions makes the worst end for the camp.

ISIS control in south Damascus extends over the districts of Al-Hajar al-Aswid and Al-Asali, and large parts of the Tadamon and Yarmouk camps. According to residents’ estimates, the number of those living under ISIS control is about 5,500 people, most of them Palestinian refugees, followed by displaced people from the Golan Heights.

Although Palestinians comprise the majority in this area, they expressed fear of the Palestinian factions loyal to the regime, which will probably be the arm of their control after ISIS.

In addition to ISIS having the biggest portion of control over Yarmouk, regime forces and the Popular Front for the Liberation of Palestine general command control the entrance to the camp toward the city of Damascus, with Hay’at Tahrir al-Sham controlling small pockets no larger than a few streets west of the camp. The regime — and ISIS alongside it — have effectively encircled these pockets in which about 500 civilian residents voluntarily reside.

Umm Omar, who is more than 70 years old, is one of those inhabiting the HTS pocket in the camp. She refuses, despite her chronic ailments and the shortage of medicine, to leave her house. Umm Mohamad, a housewife, uses what wood, plastic containers and flammable debris she has gathered to cook and to warm her children, who are self-educated. “For more than a year, we haven’t eaten bread,” says Umm Mohamad, who depends on the availability of food in the ISIS-controlled area to feed her children.

Like Umm Mohamad, many who live in the HTS pocket have expressed that they do not care who controls the area in the future as long as they can live in peace.

Before the start of the Syrian revolution, the Yarmouk camp was one of the biggest Palestinian camps in Syria. It had more than 300,000 residents, and during the first year of the revolution it hosted displaced people from rebellious areas in Damascus, Homs and elsewhere, before it was stormed by the PFLP general command in the ongoing conflict and turned into a base to send fighters toward the rebellious spots south of Damascus. It was later liberated by the FSA at the start of 2013 and then was subjected to a siege which killed more than 200 people before being taken by ISIS at the start of 2016.