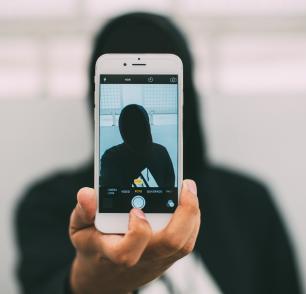 This summer, the sophistication of artificial intelligence — and its grave implications for the "fake news" era — went viral. The University of Washington’s Synthesizing Obama project showed it’s now possible to create highly realistic videos of public figures, replicating their voices and facial movements to literally put words in their mouths.

In today’s digital climate, where doctored images and videos already abound, much has been made about the need to verify user-generated content on the web. But if even the trained eye can’t tell the difference between a real video of President Barack Obama and a fake one, verification becomes easier said than done.

What if we could prove an image’s veracity at the point of its creation? With the click of a shutter button, we would have digitally notarized photos and videos of breaking news events, saving journalists and fact-checkers countless hours of time.

That’s the advantage offered by Truepic, an iPhone and Android app that journalists and NGO workers can use for free.

Truepic application can be useful to use in Syria where verifying pictures has become more important than ever in the Syrian crisis. Many pictures and videos have been debated; some proved to be unauthentic. When a user clicks the shutter button inside the app, Truepic sends the metadata, including time stamp and geocode, to a secure server and assigns each photo or video a six-digit code and URL for retrieving it. Truepic then initiates the chain of custody on the image itself, allowing Truepic to prove its authenticity. Last, Truepic logs all of the unique information about the image or video to a blockchain. Only then, no one can argue that any picture or video is not true.

Because Truepic uses the Bitcoin blockchain, which has never been hacked, the service has the highest level of confidence their images will be protected once logged on to the blockchain, said Mounir Ibrahim, vice president for strategic initiatives.

“It is, in my understanding, the most secure network in the world,” he said. “For someone to go into the blockchain and hack it, you’d have to hack over a million computers on seven continents at the same time, with nobody knowing. It’s virtually impossible.”

As all these steps are taking place, Truepic runs proprietary tests to ensure that the location, time, date, or image itself haven’t been tampered with or copied. The entire process takes place in about two seconds. Once it’s complete, the user can export the image via any medium.

Truepic also takes steps to guarantee the security of the user, who may be a journalist working in a high-risk environment. Users only need a Facebook account or email address to create an account — there’s no need to provide a name, phone number, credit card number or address. Users can even use nondescript email addresses that are connected to a larger organization, Ibrahim said.

“I think of this as a way to validate some of the worst human rights atrocities and international crises in the world that are too often undermined by an inability to authenticate them," Ibrahim said. "That translates directly to a slow and inconsistent response by the international community. I witnessed that for almost a decade as a diplomat working on Syria. That’s actually the reason I jumped at this; I see this as a way to post the truth and have it go viral almost instantly.”

The technology isn’t just beneficial to journalists — everything from the e-commerce and real estate sectors to Tinder have used Truepic to verify images. These private-sector clients provide enough revenue for the app to sustain itself, which is why the company made the service free for journalists and NGOs, Ibrahim explained.

And with artificial intelligence and other technologies advancing as quickly as they are, the need for instantly verified images and videos isn’t going to go away anytime soon, he said.

“The intersection between technology and society is becoming closer and closer, and society is freaking out because technology is advancing so much faster than our brains can handle,” he said. “It’s moving in a pace that is so dramatic that we need something like Truepic.”

This article was republished by The Syrian Observer under special agreement with the author and the International Journalists Network. Responsibility for the information and views set out in this article lies entirely with the author.