Locals have taken to the streets accusing the Western-backed forces of the torture and murder of two young men, Souriatna writes 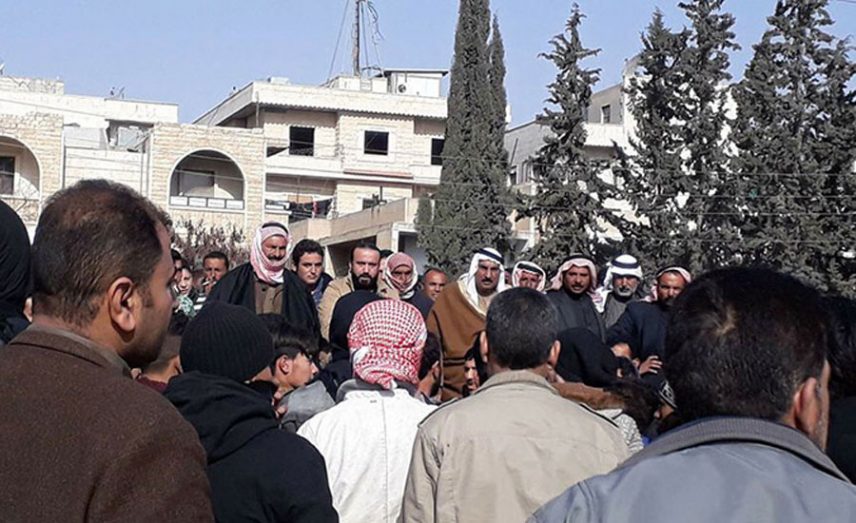 The city of Manbij in the eastern Aleppo countryside is witnessing a state of tension after accusations surfaced against the Syrian Democratic Forces over the torturing to death of two young men following their arrest.

Protests broke out in the city against the SDF after the killing of the two young men from the Arab Al-Boubna tribe, which gathered residents before the Al-Furat Hospital to demand the young men’s bodies released. After the bodies were handed over, the mourning began, which turned into a protest involving hundreds of demonstrators.

The protests erupted in front of the hospital with a convoy to the burial place. Kurdish units employed security measures ahead of any potential reaction by residents, while the mourners criticized SDF policy and called for them to leave the city.

A group of employees in Manbij departments came out in a rally supporting the SDF in response to the protest of the two victims’ families.

The deaths of the two young men followed meetings held by residents criticizing SDF practices and their use of compulsory conscription, as residents demanded to be able to live their lives as they did before the Islamic State (ISIS) group took control.

The Al-Boubna tribe issued a statement confirming the SDF’s responsibility for the torture of the two young men, Abdel Hanan al-Mohamad and Abboud Hussein al-Majnan, and for dumping their bodies in a remote area near the village of Qabr Emo east of the city, where they were found on Jan. 10.

The tribes approved changing the city’s executive council and restructuring the legislative councils, as they do not represent the people of Manbij, while also calling for activating the role of the Arab community in security departments in the city.

Despite the tribes’ efforts to control the situation, the SDF had not yet responded to their demands.

Residents also organized a strike under the name “The Tribes’ Strike” on the Jan. 14, in which most residents of the city and its countryside participated. Stores and schools were closed, along with all city markets and fuel stations, with demonstrators cutting off the Hassan Agha–Abu Qalqal road with tires.

In a statement, the general command of the internal security forces in Manbij, which is under the Self-Administration, denied their responsibility for the crime. It said that “some forces hostile to democracy and peace” killed the two young men to disturb the peace in the city.

The statement added that “the security forces discovered the bodies and brought them to the hospital for them to be identified by their families.”

The spokesman for the Manbij Military Council under the SDF, Sharfan Darwish, accused Euphrates Shield forces and the Syrian regime of “working day and night to disturb peace in Manbij and sow chaos.”

Protests against the SDF expanded the possibility of the situation escalating further. In an interview with Souriatna, the commander of the Free Police in the Euphrates Shield area, Gen. Abdel Rizaq al-Laz, accused some people from the tribes that worked with the SDF of carrying out violations against civilians.

The SDF took control of Manbij city in August last year after it expelled ISIS with support and cover from the United States and the international coalition.