The state of breakdown in Syrian society has contributed to widespread mental health disorders, according to opposition website 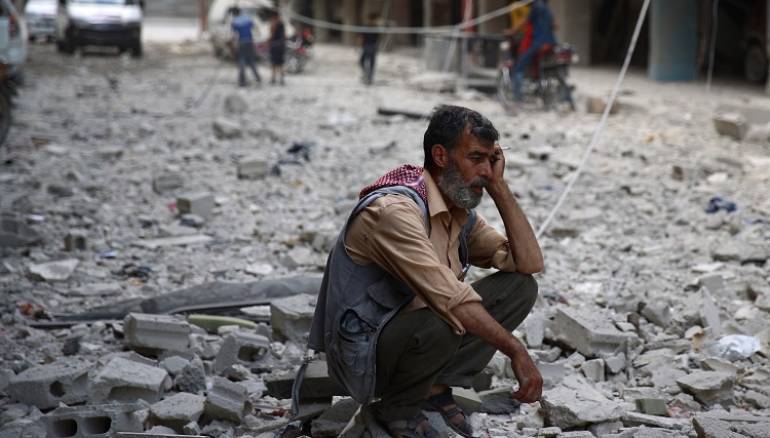 A vast number of Syrians have become exposed to psychological disorders. Syrians inside their country live under the terror and fear of arrest or death by a random shell. They fear for their male sons who face the risk of conscription, or their daughters who risk being harassed or raped. Life in Syria is a life without protection after the fall of the moral system and the spread of mafia militias that control all the country.

As for those who are abroad, they experience other anxieties, such as fear for those who they left behind at home, or in the management of their new lives in the diaspora, or their panic over their new society's traditions. Most of them fear the loss of their children, morally and physically.

There are no accurate studies or real figures on the number of those psychologically affected by the war. The reports told by those coming from Damascus and other provinces are no more than strange observations of people — the looks on their faces in public parks and streets, each with a story to tell. This is coupled with the psychological fears experienced by families which did not exist before, fears which have led to conflict inside these families. The Syrian can no longer be safe anywhere, neither at home nor anywhere else.

The pro-regime Tishreen newspaper, in a meeting with the director of mental health in the regime Health Ministry, reported that there are close to 2 million psychological patients in Syria after the seven years of war. This number is unlikely to be real as it is just speculation, but the number could be much larger than the government official said.

Normally, around 1-2 percent of the general population suffers from moderate to severe mental disorders and disturbances, the government director said.

In the case of the Syrian crisis, the number those affected rises to 15-20 percent of the population, and thus we have during the crisis up to 2 million patients with disorders.

The public health official confirmed that health centers dealt with nearly 150,000 cases in 2017, despite the lack of hospitals with adequate facilities. In Damascus, the Ibn Sina Hospital is the only hospital specialized in mental health.

The report was republished on the Damascus Now webpage, with Syrians reacting to the news with cynicism and sadness.

Commenting on the news, one Syria user wrote: “It is normal since there is stress in all respects, whether the economic situation and low salaries, or the widespread thieves during the day and night.”

Another commenter wrote that injustice is what has driven people mad, while another wrote that the problem cannot be attributed to a single reason only, as we have a psychological, social, emotional and financial crisis. Thank God we are still alive and breathing.