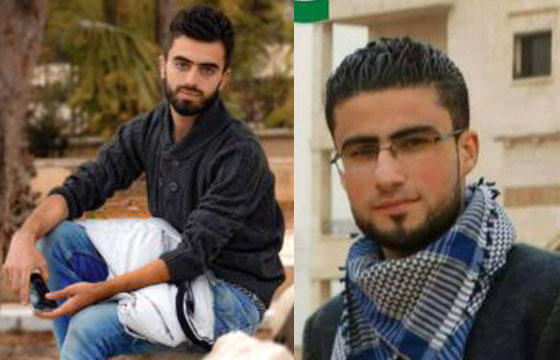 Two young men have launched an app for medical services in Idleb province with the aim of facilitating access for residents to medical, emergency and Civil Defense institutions.

Alaa Janeed and Mohamad Habar launched the application on Jan. 17 as a medical and services guide covering most cities and towns of the province of Idleb and its countryside. The guide includes doctors and their phone numbers in 12 cities, divided according to specialty, as well as the name and specialty of each hospital and the phone number provided. It also includes a monthly schedule for pharmacies on duty in the cities of Idleb and Ariha, with plans to include the schedules for remaining cities.

The app also includes contact details for Civil Defense centers in Idleb and a guide for services and local councils in most cities of the province, if any, in addition to useful information about some diseases, such as those affecting the joints, eyes, ears, heart and others.

The app is the first of its kind in Idleb province, and its design took four months, done by the two young men from the city of Saraqeb, who are fourth-year students in the information technology college.

“After the internet became widely available, there needed to be an easy way to communicate among residents and doctors and hospitals, as a result of the needs of residents and their sufferings,” co-founder Habar told Zeitoun, adding: “Many of those whose views we took before beginning designing the app emphasized its usefulness and the need for it, and most of the responses were positive.”

His partner Janeed explained the two began developing the app as part of their study program. “We gained experience and abilities, and then it occurred to us that this app would be useful and would offer a real service to people, rather than being entertainment. On another hand, this app was an internal challenge for us in terms of how to design it.”

The app was downloaded 4,000 times on the first day of its launch.

Janeed said: “We are looking forward to including new units to the app, such as education, private institutes, lawyers and engineers, and we are planning a commercial guide to offer a mediating service between the seller and consumer, which was demanded by many traders and commercial institutions.”

He added that there was no promotional aim from the developers or the medical specialists which participated with the team, but instead focused on promoting access to useful information.