Military and political actors are plotting their next steps amid signs of possible changes in dynamics on the ground, Sada al-Sham writes 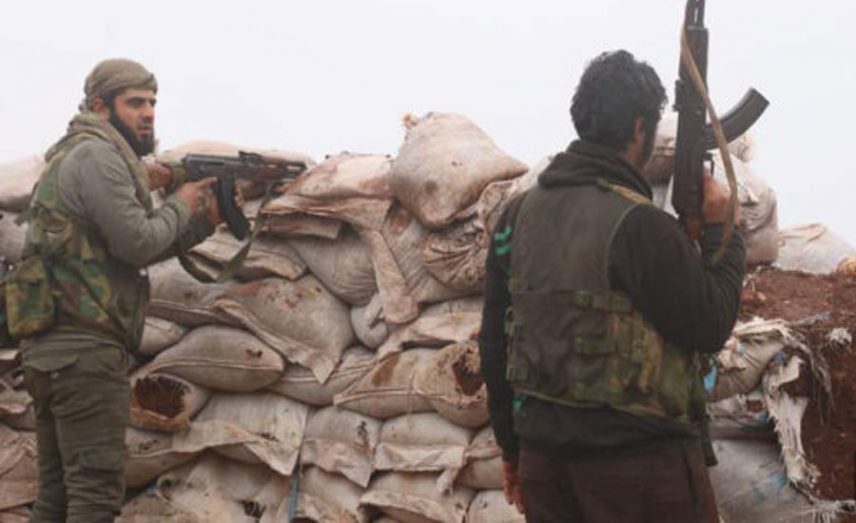 Northern Syria is currently witnessing rapid military developments, governed by overlapping regional and international power balances and closely linked with the political track, which has spread from Geneva to Astana and Sochi without a mature path yet to crystalize that could lead to a sustainable political solution.

In recent days, the Assad regime, and behind it Iran and Russia, have put all their weight into the incursion into Idleb west of the train line in the area described as “B”, according to the Astana deals, in which there are not supposed to be regime forces. It seems Iran is trying to take advantage of Turkey’s preoccupation with the Afrin battle in order to make gains on the ground by reaching the towns of Kefraya and Foua and breaking the siege on them, in addition to surrounding rebel groups in a narrow strip on the Turkish border.

However, this scenario has suffered some damage after the Russian warplane was brought down above Idleb’s skies, which was understood as an American-Turkish message to Russia that it needs to restrain its allies, the regime and Iran, and itself from tampering in the Astana understandings which Turkey has complied with. Meanwhile, the other party is trying to pressure Ankara in order to keep its hand out of the rebel areas in exchange for turning a blind eye to the Turkish military operation in Afrin.

After its plane was downed in Idleb by a heat-seeking missile, Russia poured its anger onto Idleb province, and with airstrikes and long-range missiles from the sea bombed several villages which resulted in the deaths of dozens of people, most of them civilians. Washington denied that it had supplied any of the groups in Syria with anti-aircraft rockets, after Russia insinuated that they were the source of the rockets which felled this plane.

A tense calm prevailed after the Russian air bombardment, while a military official in the Assad regime forces announced the end of military operations in the eastern Idleb province, stating that it was moving toward “other fronts.” This came amid discussion of Turkish-American resentment about regime forces, backed by Russia and Iran, exceeding the Astana agreements which forbid it from incurring into area B west of the railway in the eastern Idleb countryside, with speculation that the downing of the Russian aircraft could be a message expressing this discontent.

Local media sources said that the first to claim responsibility for the downing of the plane was a group from the Free Syrian Army’s Jaish al-Nasr (Army of Victory), which was formed in 2015 from several armed rebel groups and is currently present in the provinces of Hama and Idleb.

Jaish al-Nasr published a video clip showing the Russian plane igniting in the sky over the town of Masran, with the footage showing the pilot ejecting with a parachute before showing his corpse with dozens of residents of the area around him.

The Hay’at Tahrir al-Sham group announced it was responsible for shooting down the plane, but observers noted that it used the same video clip in its claim as Jaish al-Nasr.

This comes after regime forces, with heavy support from Russian air bombing, escalated attacks in southern and eastern Idleb, especially targeting the city of Saraqeb and its environs in an attempt to reach the city, and from there the besieged pro-regime towns of Kefraya and Foua in the northern Idleb countryside. This is in light of the fragmentation of the groups defending the area and their disputes with HTS amid Turkish silence about the violations of the Astana agreements by the regime, Russia and Iran.

The bombardment and military operations have resulted in most living centers and positions in these areas going out of service, especially in Saraqeb and the surrounding villages such as Kaframeem, Rayan and Sheikh Idriss, with a wave of displacements continuing beyond an estimated number of 200,000 people fleeing in recent days amid worsening humanitarian suffering. The orchards, gardens and abandoned buildings in the city of Idleb have filled up with displaced people fleeing bombardment.

These developments on the ground coincided with the Sochi conference, which for the first time approved a 12-principle document that special envoy to Syria Staffan de Mistura had previously presented to the regime and opposition delegations in the Geneva talks.

The most prominent of these principles is the agreement to form a constitutional committee of regime and opposition figures to prepare a new constitution for the country, or to amend the current constitution which was developed by the regime in 2012, with the committee being formed of 150 people under de Mistura’s supervision.

According to the Russian president's special envoy to Syria, Alexander Lavrentiev, the documents approved in the Sochi conference will be transferred to de Mistura to continue working on, adding that “the Syrian National Dialogue Conference aims to support the Geneva process in accordance with Resolution 2254 of the international Security Council.” He did not rule out holding another round of the Syrian National Dialogue Conference but in a different shape and framework.

For his part, de Mistura said that the composition of the constitutional committee would be as broad as possible, as it “should at the very least comprise the government, opposition representatives in the intra-Syrian talks in Geneva, Syrian experts, civil society, independents, tribal leaders and women. It would also include adequate representation of Syria’s ethnic and religious components”

According to several sources, de Mistura received during the Sochi conference a list of about 150 candidates nominated by Russia and the Assad regime to take part in the constitutional committee, with de Mistura selecting the final committee members who he said will number between 45 and 50.

Sources told Sada al-Sham that the international envoy could select an additional group working in coordination with his office to supplement the main official group with up to 25 additional names.