After facing a drop in popularity in recent years, Syria's ruling party is hoping to revive its position as 'leader of the state and society' 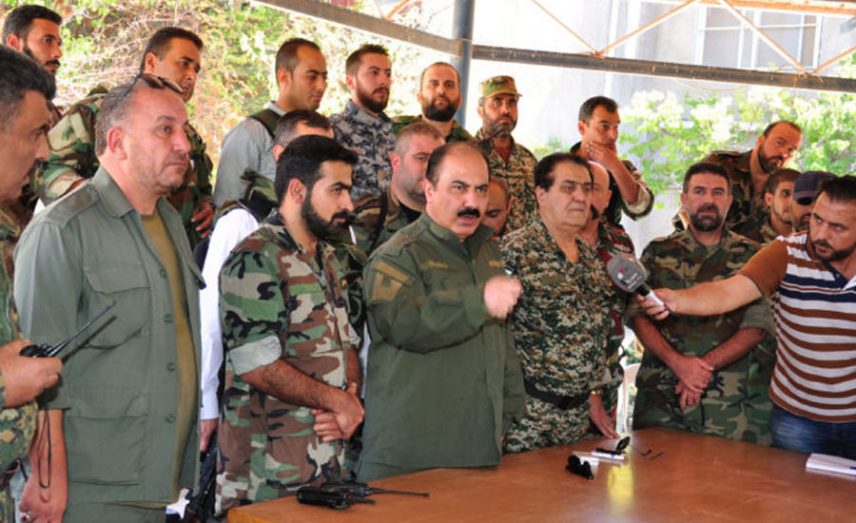 With the decline of the Socialist Arab Baath Party’s work in Syria over the years, the party, represented by its national leadership and branches in the provinces, has launched new projects with the start of the year aiming to return it to the forefront of the state and its institutions following a major decline in the number of members.

These projects have begun to focus on withdrawing the spotlight and prestige of the security branches which have been dominant for years and restore the political and security role the party once had. This appears in the incentives which the party has begun to offer to young men who want to volunteer in the ranks of the regime forces and its militias.

As an example, the Baath Brigade militia, which is under the party’s authority, has begun to jostle with security branches such as the air security and military security, with the party becoming the top controller of all militias and their work. The decision to dissolve these forces or to arrest ranking members of these militias has rested with the head of the party branch and its leadership.

In confirmation of this, the party branch in Hama issued a decision prohibiting any inspections of members working in the Baath Party or those carrying party cards from the branch or a recommendation. While the branch’s study center has come to intervene in the affairs of all security branches, and decisions related to major security matters are issued by the party alone, followed by the head of the security branch under whose authority the issue lies.

Recently, leadership of the Baath Party in Hama called on all managers and officials of state institutions to tie conditions of employment with being a member or joining the party, in addition to attending and complying with all the party’s periodic meetings.

Sources told Sada al-Sham that based on this, any section head or department manager had to meet the conditions of active membership. Active membership is only provided after three years from joining the party, whereby the individual must undergo an oral examination about the party, its history and aims. These assessments are usually based on connections and nepotism.

Sources also said that the regime and Baath Party leadership have been working to recruit national reconciliation committees spread throughout Syrian provinces in favor of the party’s interests. It is hoped that these committees can serve as the party’s media entity and connection to civilians to boost membership and restore its previous popularity. Reconciliation committees have garnered major popularity among civilians for working alongside prisoners on criminal charges, in addition to working to resolve some security issues for those accused of political charges not related to the work of coordination committees or killing regime members and “terrorism.”

However, with its new attempts to take advantage of the popularity of the reconciliation committees, the party is violating the regime decision issued three years ago that these committees be “neutral and not under the authority of any political entity and their work limited to facilitating civilian issues and affairs in state judicial and security agencies only.”

When talking about the Baath Party over the years of the Syrian revolution, one should not forget the step — unprecedented in its history — of forming the Baath Brigade militia, which serves as the party’s military wing.

The party puts its Brigade’s members at the remaining checkpoints in Syrian cities and at their entrances and exists in order to show civilians that the party, rather than security agency members, is responsible for their protection.

Syrian university students comprise the largest segment of those who join the Baath Brigade militia and the National Union for Syrian Students has had the most prominent role in pushing other students to volunteer in the Brigade.