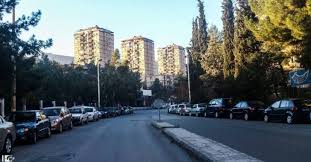 The phenomenon of renters being forced to leave houses by landlords is no longer limited to irregular cases, but rather has recently increased and become obvious in regime areas in particular.

This has coincided with a major increase in rents, which as a result has led to families being displaced and unable to find shelter – especially in Damascus.

What has increased people’s suffering has been the difficulty of finding alternative housing with the necessary speed and an increase in rents when it is found, in addition to the difficulty of conducting the leasing transactions which the regime imposes, especially on residents who are outside the capital.

One night this winter, without prior warning, the owner of the house where Agheed lived with his family knocked on the door and demanded that they leave within four days.

Agheed had been living in this house for about seven months, after his home in the Hama countryside was destroyed and he came to Damascus as a displaced person to find a house to rent in the Al-Dueila district.

The home was a basement to which you descended by 11 steps, and was not free of the disadvantages of underground homes, most prominently the humidity, insects and lack of ventilation. However, all of these problems made it easier for Agheed to obtain a house, while the amount requested from the landlord was not huge compared with other homes.

Agheed tried repeatedly to convince the landlord that he was not able to leave with his family, especially because of the winter cold and difficulty of finding another house. But this did no good, as it became clear in the end that the landlord wanted to rent the house for 75,000 Syrian pounds and demanded that Agheed pay this sum or leave.

The problems lie in the fact that in Syria there is no clear law which specifies the period in which the property owner is empowered to raise the amount requested from the renter, unlike other countries like Turkey which give the landlord the right to raise the rent once every year and at a limited percentage.

Agheed had no choice but to leave the house, despite the difficulty of finding alternative housing quickly – despite Agheed’s pleas to give him a chance of at least a month, none of which did any good.

Rents have risen greatly in Damascus in recent years, with the rent for a four-room apartment in the Abu Ramana area (as an example of a high-end area) at more than half a million Syrian pounds. In other areas, such as Assad Villages, the Damar “Terraces” project, Al-Maliki, Kafr Sousa and the Mezzeh Autostrad, apartments have reached rents of sometimes up to 1 million Syrian pounds per month.

Despite the presence of homes at lower rents, the prices are not small for those who pay. In the adjacent popular Al-Midan and Al-Zahara the rent of some houses has reached about 200,000 Syrian pounds in a single month, while in the areas close to the center of the city, such as Al-Baramka, Al-Fahama and Bab Mosuli, the rent may reach up to 250,000 Syrian pounds.

This amount decreases as we move further from the capital, with average rents in Jaramana, southeast of the capital, at about 100,000 Syrian pounds, with a similar case for the industrial district and the areas of Sahnaya, Qadisaya, Al-Hema, and Housh Balas, where they reach up to 70,000 Syrian pounds which are the cheapest in the capital.

Ola, a French teacher living in Jaramana, a suburb of the capital, moved from the western Damascus countryside to the city in search of a safe place. She says that she was expelled from three houses during her displacement.

“Every time I was renting a house, I was informed after three or four months that I had to leave or pay between 10,000 and 20,000 Syrian pounds more.”

Ola adds that changing houses is not easy in Damascus, especially since finding one requires a lot of time and effort. On one hand, rents are high and looking for the apartment takes a lot of effort, in addition to paying the security deposit or “commission” to those with real estate portfolios.

On the other, there are practically no houses for rent because of the large number of residents in Jaramana, Ola said, adding that every time she was kicked out of a house she had to take leave at her personal expense for at least two weeks in order to find a new house, which increased her hardships and costs.

Making the issue even more complicated is the fact that regime institutions require “security approvals” to be obtained from one of the branches before the renter can lease the house. This document is intended for residents who come from areas outside the capital Damascus only, while residents of the capital do not require it. This document is essential to completing the legal transaction for leasing.

There have been many complaints from Damascus residents from various provinces about the difficulty of obtaining this approval. A citizen who declined to give his name told Sada al-Sham: “The regime mostly refuses to grant this approval to residents who come from rebellious areas like Daraa, Idleb or Deir-ez-Zor.” It is very difficult for people from the Damascus countryside.

Other complaints say that the members of the security forces ask for bribes of up to 50,000 Syrian pounds to issue this approval, which is necessary every time you rent.