A shootout at a police checkpoint reveals the tensions between the state and its supporting militias, Ayn al-Madina reports 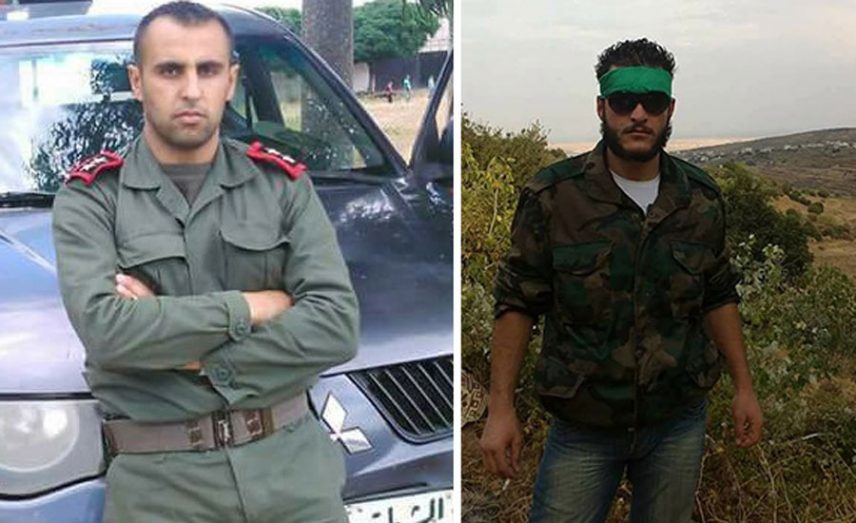 Two accounts were given on Facebook pages of the death of Ahmed Mohamad Suleiman, a volunteer in the Al-Rahel Brigades militia, under the authority of state security, at a police checkpoint in his hometown village of Al-Qabou in the Homs countryside a few days ago.

The Al-Qabou News Network page said that “residents of Al-Qabou village are undergoing difficult days after a criminal incident carried out by a police patrol.” It offered, like other local pages, an account which made the militia member, who was on leave from the fronts, out to be the victim.

On the day of the incident, a pickup truck carrying Suleiman and two other residents of the village passed through a police checkpoint on their way to borrow 75,000 Syrian pounds from someone “in preparation to travel on a security mission.” When they were returning, First Lt. Ali stopped them and demanded that the “martyr” show his ID, despite knowing him well. He then refused Suleiman’s request to bring them from the house within a few minutes, and the matter escalated to needless shooting, killing the young man registered on the state security staff, according to the pages.

A different account was given by the Diary of a Policeman page, which said that a pickup truck without plates carrying three people passed through the village checkpoint and that “the checkpoint commander … was not from the district and did not know the driver previously, as some have claimed.” He asked for the car’s documents, and the driver replied that he was on a mission from one of the relevant authorities, before refusing to let the car go until he brought the mission paper from the house, where he said he had forgotten it. The driver refused and tried to start the car, despite the officer’s attempts to dissuade him, dragging the officer along with him, and the militia members opened fire.

A few days before the incident, a police station in Al-Qabou was attacked with bombs. Militias which were fed up with police intervening in matters that do not concern them and asking for the papers for the stolen cars which fill the village’s streets. Random orders are issued from time to time by the Interior Ministry to impose its fading authority in this area, which has been known for the last few years as a large stronghold of the sectarian militias accused of carrying out many crimes, either with theft or sectarian motives, especially against the residents of the nearby town of Houla.

In recent years, Suleiman took part in many battles across Homs, Damascus and Aleppo provinces, as well as the Badiya. He is the second from his family to be killed, as his brother died last year in the Palmyra desert, while his two other brothers are still fighting, according to the angry Facebook pages, which waged a campaign against the Interior Ministry and its police and accused them of corruption and “reconciling” with terrorists, and ridiculed the village notables who called for calm and to avoid strife. They recalled the first months of the crisis, when the president met with thousands of notables without any use.
They also recalled how the police stations and intelligence units all fled from Houla and other areas “controlled by terrorists” before the entry of Al-Qabou residents, who have gotten nothing but ingratitude since then.

On a picture posted of the checkpoint commander, First Lt. Ali, some village residents asked if the officer was actually Alawite.