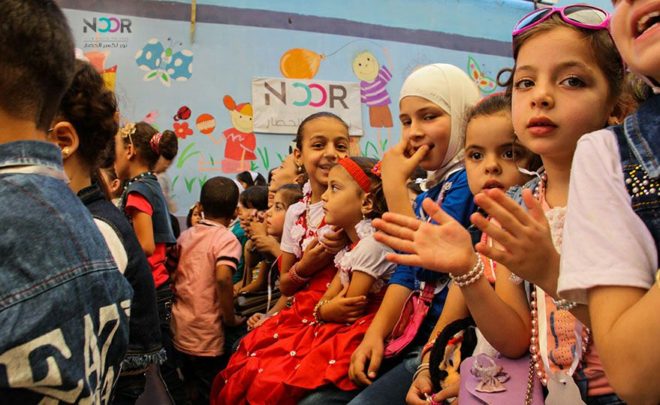 In 2003, a group of university students in the city of Daraya, in the Damascus countryside, launched a campaign to clean the streets of their city. They brought cleaning equipment and carried signs calling for cleanliness, before cleaning the entire city.

The next day, security forces stormed Daraya, arresting 20 of the organizers, imprisoning them in Seidnaya prison for many years and stripping them of all their civil rights.

Among the prisoners was Yahya Sharbaji, who was imprisoned for six years for organizing the cleanup campaign. He was arrested again after the revolution because of his peaceful work and has not been released or even heard from to this day.

This action by the Syrian regime reflected its true view of civil society and the activities of its civilians.

One of the civilians who witnessed the campaign described what happened, saying that the regime does not want civilians to think or join together, but rather wants them disunited, so as not combine in any activity that may affect the regime's repressive institutions.

"The revolution should be mainly credited for helping open the way for civil society initiatives and the establishment of its systems," Fuad al-Sayed Issa, a member of the Banafsaj (Violet) organization operating inside Syria, told Sada al-Sham.

Issa added that under the Syrian regime and before the outbreak of the revolution, it was forbidden in one form or another for civilians to establish any civil society associations, initiatives or institutions outside the institutions of the regime, which were confined to the Youth of the Revolution Association, the Red Crescent and some small institutions governed by the mentality of the regime.

"The revolution opened a path for this area and opened the way to the normal situation that there must be in any country, which is the freedom of action in civil society and charitable organizations," he explained.

Issa explained that the number of the Syrian NGOs has reached several thousand and they have started to participate in large and complex social and service issues to contribute to solving them. Some of these organizations have started work internationally and have received international attention, such as the Syrian Civil Defense known as the "White Helmets," which has reflected positively on the thousands who have been involved in these institutions or benefited from them.

Issa expressed the hope that the culture of civil society and volunteering in civil works will be strengthened in the coming period through the organization of working groups on this subject, and a precise inventory of those who work properly in the fields of civil society.

Issa mention Vespa, pointing out that it was founded in the beginning of 2013. The organization was officially licensed in 2013 as a small voluntary relief organization, but now it is now one of the most prominent organizations operating in Syria. It participated with other organizations and the United Nations in providing services to 2,800,000 people since its establishment, with about 300 volunteers working in ambulance services and responding to all kinds of potential emergencies.