A campaign to fight the prevelance of insects has begun, but it may not be enough, Souriatna reports 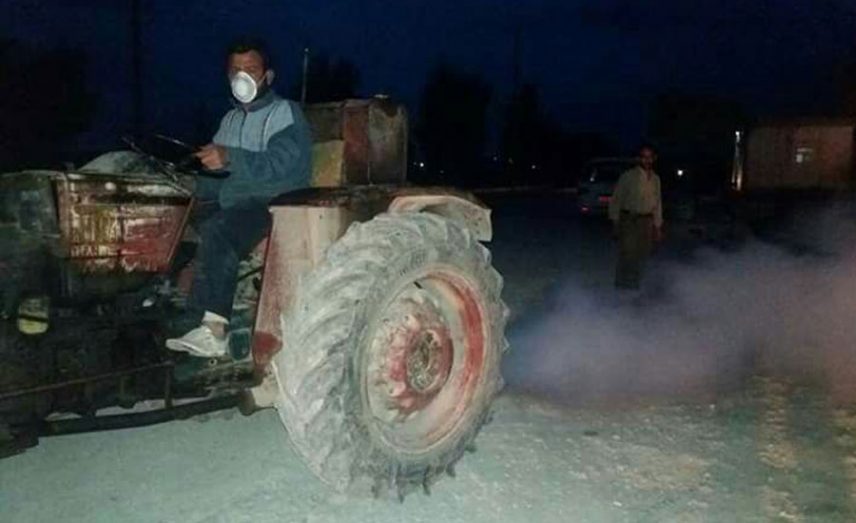 With the increasing heat and the nearing of summer, insects have become active again, leading to new suffering faced by residents in the northern Aleppo countryside as they attempt to eliminate them given the absence of any role of organizations to organize the campaigns or offer machinery to fight the insects.

The spread of the insects is due to the destruction of the infrastructure of villages and towns in opposition areas, as these insects have begun to use the rubble of homes and damp corners as incubators, in addition to farmers depending on sewage water to water their crops and damage to the sanitation network during the bombardment, as well as the buildup of trash and waste.

Abu Khaled al-Youssef, a resident of Andan, told Souriatna: “As a result of the lack of any preventative campaigns to eliminate summer insects, my child contracted leishmaniasis, which led to deformity on his face due to a sandfly bite.”

He added: “We have been enduring this situation for three years. We worry at night hearing the buzzing of insects and wait long days at the health centers to receive treatment.”

Heads of local councils in the northern Aleppo countryside have worked to form an emergency room among themselves to coordinate work and communicate with NGOs with the aim of securing insecticides before the heat increases in the coming days, which could cause the outbreak of illnesses and epidemics among thousands of residents.

The head of the local council in the city of Andan, Abdel Rahman Jawid, told Souriatna: “The insecticide spraying campaign will not have any good if it is not implemented across the entire northern countryside, beginning and ending in the same areas in order to prevent the insects moving from one place to another.”

The Andan local council launched an insecticide spraying campaign in the city using stores of insecticides, but the extent of its effectiveness is not clear, while communication with NGOs is underway to secure the necessary insecticides.

Jawid said that “the crisis of insects spreading and the diseases and epidemics that follow has increased in the whole northern countryside, not just in Andan, and has come to include the cities of Huriytan and Heyan and others.”

Jawid added: “For three years, insects have not been fought, as residents have waited for the winter season with its cold weather, which eliminates most of the summer insects. However, this winter wasn’t cold enough, and the result is clear today with insects spreading across wide areas reaching the point of humanitarian disaster.”

The local council in Andan is working to control the reasons for the spread of diseases by removing rubble, clearing areas that were bombed, renovating the old landfill north of the city, and taking trash there daily, as well as preventing farmers from using sewage to water their crops.

The most prominent of the summer insects may be the sandfly, the one conveyer of the leishmaniasis disease, or what is known as the “Aleppo boil.”

It has spread in areas such as animal pens and around sewage water irrigation. When it bites a person, it injects parasites into the body which causes skin sores that leave lifelong scarring after treatment.

He added: “The number of leishmaniasis cases exceeds hundreds, and the local council has tried to secure insecticides from the black market at the council’s expense. However, the sandfly insecticide is missing in the opposition areas. There is communication underway with city actors and NGOs, and so far we have received promises but we have not seen any progress on the situation.”

The Mento group last year worked to fight leishmaniasis. In a report in 2018, it documented about 35,000 cases in the provinces of Idleb, Aleppo and Hama.