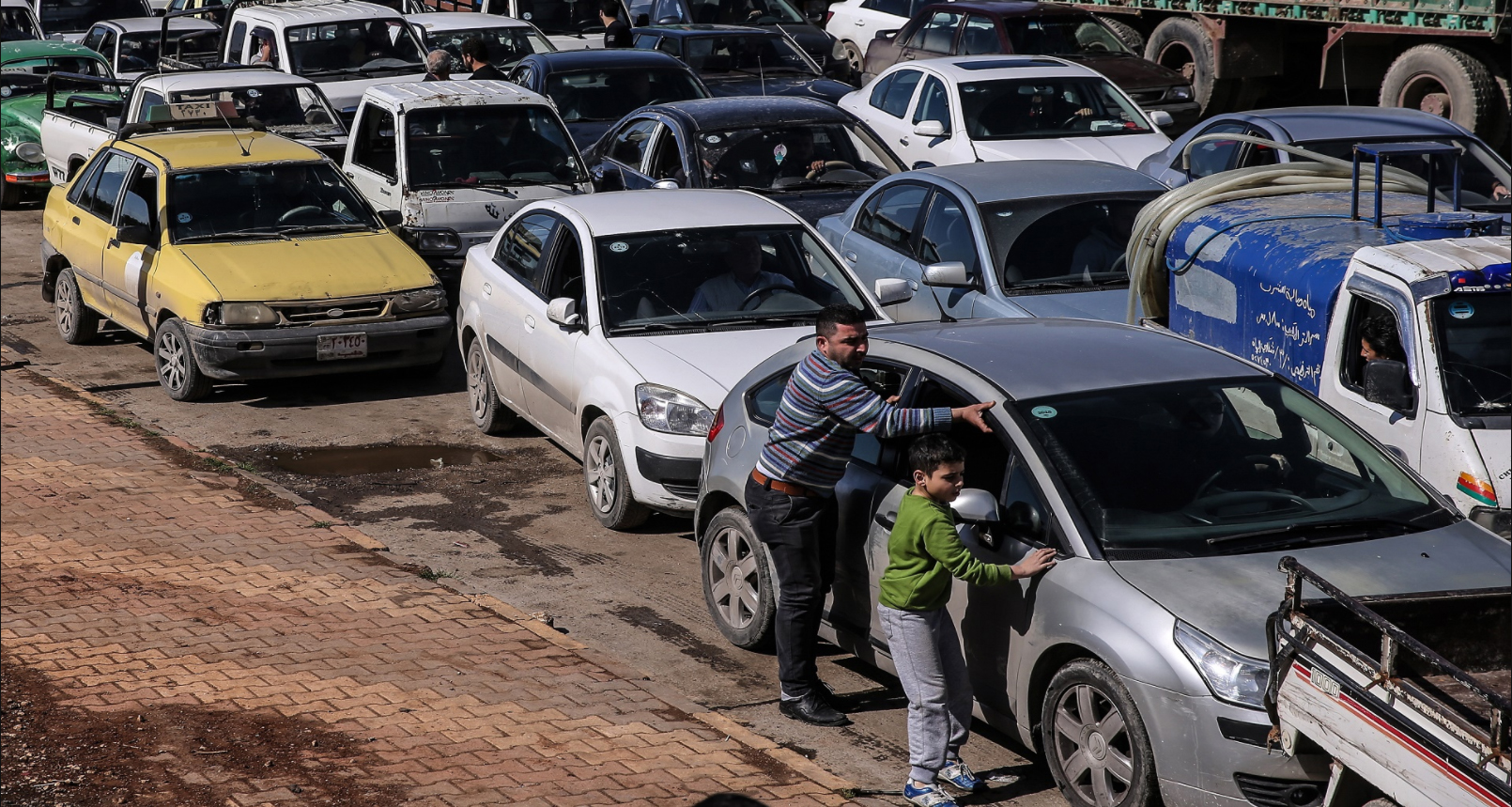 The car sector in Syria has not been isolated from the effects of the war, with car prices seeing large rises as a result of the halting of imports and other factors. The regime is trying to increase car production in factories as part of an agreement that was established in partnership with Iranian and Chinese companies.

The minister of economy and foreign trade in the regime government said in a report that the number of cars assembled in Syria in 2017 reached about 3,000, which were assembled by five companies working in the sector.

The economy ministry has suspended car imports since the start of 2011, with the aim of maintaining the country’s stock of foreign exchange, in light of the economic sanctions imposed on the regime. Despite imports being halted, the streets of Damascus have seen modern and foreign cars being circulated, raising questions about how these cars were brought in.

Economic researcher Mohamed Bakour told Souriatna that “owners of car assembly plants have tried to circumvent the regime’s decision to stop the import of new cars by importing ready-made cars but claiming that they are coming for assembly. When the ministry of finance figured that out, they issued instructions and conditions for assembly and rates for customs duties imposed on assembly parts. However the owners of the car assembly companies have not complied with this and have exploited their strong relations with major figures in the regime.”

Some business people connected with the regime have invested in the automotive sector and are working to import modern cars and then sell them in the showrooms they own. They have also set up factories for assembling car parts, whose production has increased after stopping the importation of modern cars.

Car assembly operations began in Syria in 2007. The Iranian car company Khodro would import parts for the Siamco Sham model which would then be assembled in Syria.

With the eruption of the war in Syria, the company halted its work in 2012, and then resumed it again this year, and added 1,500 new Peugeots, Jeep Haimas and H3 Cruise models into the market.

The Iranian Siamco company has also returned to work after stopping for five years, offering the Shahba and Shamra cars. The Shammout company has announced the production of the Chinese Zotye 300 car, assembled in their factories in the Tel Kurdi area of the Damascus countryside.

The Khalouf company has started making cars assembled in cooperation with the Chinese company DFM, which makes a grand total of five companies in the car assembly sector, with Iran and China racing to extend production and make the biggest possible profits and making Syria a market to sell their products.

Bakour believes that “the regime had rejected all offers from global car companies to invest in Syria, while accepting the requests of Iranian and Chinese companies. This is an achievement of the political gains made with these two states, in addition to the economic gains.”

The administration of the Hisyah industrial area revealed a few days ago that there were currently three factories in the area, including two factories producing and three installing production lines, which will support the local car assembly market.

The Emaar Motors company in Hisyah which is part of the Hmisho company, has expressed its intention to enter the car manufacturing world, and to transition from the of importing car parts and their assembly to producing these parts locally with the aim of producing 40 percent of the parts needed.

The general manager of the company told pro-regime newspaper Al-Watan that the company had obtained the necessary agreements and licenses to begin establishing the first stage of the project, which will include launching a number of factories and production lines to produce a number of basic car parts, such as interior furnishing and fittings, headlights, batteries, and tire frames.

Hussam Balasha, a car trader in Idleb city, told Souriatna that “the assembled cars are in fact imported whole, including the frame, engine, furnishing and tires. The task of the factory workers is limited to tightening the screws and installing the tires. In some cases, the parts that are imported only need to be put together.”

Balasha said that “the regime wants to suggest to the public that the industry is developing and still has skilled people, while all the Syrian skilled workers have fled or been arrested or killed. In reality, the regime is unable to make a single screw for a car.”