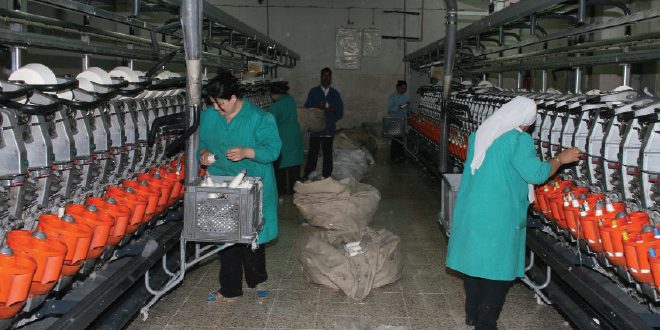 Since 2011, the war in Syria has caused the economy to lose more than 2.9 million workers in the public and private sectors up to the end of 2016, with 2.46 million lost from the private sector, or about 66.8 percent of the 2010 workforce, and about 438,000 workers in the public sector — or about 32.2 percent. The private sector in many cases has been forced to dismiss workers in facilities that were destroyed or damaged by acts of terrorism and which have gone out of business. The government has meanwhile not dismissed many workers, with ministries continuing to function despite the wartime conditions, with workers being transferred from hotspots and distributed to government institutions in safe areas. This has made the losses in the public sector significant, and worthy of investigation and study by the relevant authorities.

The total number of workers in 2010 was over 5 million across the two sectors, while the number fell to 2.14 million by the end of 2016, a drop of 57.6 percent, accompanied by a decline of about 69 percent in the gross domestic product (at fixed prices, excluding the effect of inflation). These statistics were recently published by the Central Bureau of Statistics, noting that the number of workers in the public sector does not include the Office of the President, cabinet and the Ministry of Defense.