Despite the low probability of Jamil Hassan seeing the inside of a German court, the arrest warrant gives hope to other Syrian victims writes the Syria Justice and Accountability Center 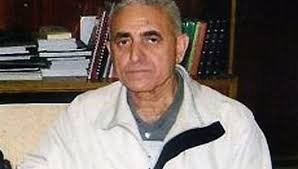 On Jun. 8, 2018, Der Spiegel broke the news that Germany’s chief federal prosecutor has issued an arrest warrant for Jamil Hassan, the head of the Syrian Air Force Intelligence Directorate, who is accused of implementing a campaign of murder and torture through the department’s detention facilities. The warrant is the result of years of work by a team of Syrian lawyers, activists, and torture survivors who collaborated with three non-profit organizations to file criminal complaints against high-level government officials, including Hassan, in 2017. The warrant is an important symbol of the international community’s commitment to accountability and has the potential to inspire more Syrians to engage in the judicial process. However, the warrant is only the first step, and the path towards a criminal conviction remains challenging.

Since 2015, the Syria Justice and Accountability Centre (SJAC) has promoted prosecutions in foreign national courts as the most immediate path to justice for Syrian victims. Such prosecutions fall under the principle of extraterritorial jurisdiction, which allows countries to try crimes even if they took place outside their territory. To date, this principle has been used by a number of European countries to convict relatively low-level Syrian perpetrators who have immigrated to Europe. Hassan’s warrant represents a break with this precedent, as he is a high-level government official, and not currently residing in Europe. This is a case that Germany is particularly well poised to pursue, as it is the largest host of Syrians in Europe, providing prosecutors with access to a large population of victims and witnesses, and it is one of the few countries that allows for universal jurisdiction in cases in which the perpetrator is not currently in the country’s jurisdiction. However, German prosecutors have a high-level of deference when choosing to pursue such cases, and historically have rarely investigated suspects outside of Germany. The warrant against Hassan may be a sign that the German prosecutor’s office is prepared to take a more aggressive stance in pursuing accountability for crimes in Syria.

The warrant against Hassan is a huge symbolic victory, and the case has given some Syrians hope for justice. One of the complainants in the Hassan case, Mazen Darwish, said, “It is great news and another milestone which assures us that there will be no impunity to those who have committed crimes in Syria.” A high-profile case such as Hassan’s has the potential to engage more Syrians directly in justice processes. If criminal accountability, and more broadly transitional justice, is going to be perused on a wider scale in the future, individual Syrians will need to be willing to tell their stories to documentation organizations such as SJAC as well as law enforcement and criminal prosecutors. The warrant against Hassan alone relies on the testimony of 24 survivors of torture. Many Syrians are currently hesitant to get involved in cases that they believe have little chance of success, a mindset that could evolve following the news of the arrest warrant. Others simply lack knowledge about how to engage in accountability processes. A 2017 study by Human Rights Watch in Germany found that interviewed refugees did not know that they have the right to contact prosecutors and receive free legal counsel regarding violations they experienced in Syria. The high-profile nature of the case against Hassan could help more Syrians learn about their right to report violations that they suffered and feel safer about engaging directly with prosecutors’ offices.

However, such enthusiasm could also backfire. Lawyers and human rights practitioners must choose their language carefully or risk leaving Syrians disappointed if they misunderstand the potential for action. The warrant against Hassan will almost certainly not lead to trial, at least in the short-term. Hassan is currently based in Syria, where he is safe from arrest, and prior to the warrant, he was already banned from traveling to the EU because of his involvement in “the repression of the civilian population.”

The challenges of universal jurisdiction aside, Hassan’s case may be particularly difficult to prosecute, even if it does go to trial. The charges rest on the principle of command responsibility, which holds that a commander can be held responsible for crimes that are committed by those under his command. This concept is enshrined in customary international law and in Article 28 of the Rome Statute, which requires commanders to take ‘necessary and reasonable’ measures to stop and prevent crimes committed under their watch. This principle will be integral to convicting many of the highest-level perpetrators in Syria. Yet, it is a difficult principle on which to convict. Just last week, on the same day that news of the warrant against Hassan broke, Jean-Pierre Bemba was acquitted of murder, rape and pillage by the International Criminal Court (ICC) on the grounds that the original court trial held Bemba to an unreasonable standard of responsibility, noting that when attempting to halt or prevent abuses, “it is not the case that a commander is required to employ every single conceivable measure within his or her arsenal, irrespective of considerations of proportionality and feasibility.” While Hassan’s and Bemba’s cases are quite different, and Hassan would be tried under Germany’s Code of Crimes against International Law, not the Rome Statute, Bemba’s case illustrates the difficulty of convicting commanders for crimes they did not directly commit.

The difficulties surrounding universal jurisdiction and command responsibility will continue to be a challenge as Syrians search for accountability. The warrant against Hassan has the potential to be an important step in the right direction, as long as expectations are appropriately managed, and Syrians understand this case as just one small part in the overall quest for justice.