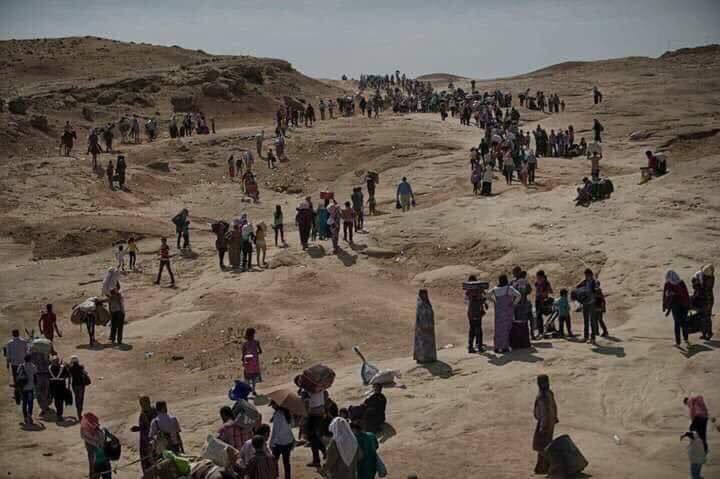 When we were young children living in the Ein El Hilweh camp near Sidon, we used to see the Syrian seasonal laborers sitting in the middle of al Najma Square, displaying their professional and physical abilities to potential employers who came in their cars. They would be picked according to the nature of the work they were needed to perform. At that time, in the 1960s, we would not call them Syrians: we called them “Hawarneh” (people of Horan, the region of Daraa in southern Syria).

I do not know why this regional designation was given to them instead of their national identity. We thought that the first wave of Syrian workers who came to Lebanon were in search of employment to provide for their families back home in Horan, or perhaps it was because of the injustice people of that region experienced, that made them migrate to Lebanon in search of work.

The wages these workers would receive did not match the tough work they undertook, not to mention the humiliation they were subjected to by their employers and other people. Hawarneh had even become a term used to demean other people. They were mocked for their appearances and for the way they sat in the public squares in both cold and hot weather, waiting for a job, particularly in construction.

This picture of Syrian workers was not seen anywhere else in Lebanon. It was unique. Years later, I saw a short documentary by the Palestinian director Rashid Masharawi entitled "The Shelter", which reminded me of the first time I saw the Syrian workers in al Najma Square in Sidon. The director showed us the lives of Palestinian workers from Gaza who were standing on a street in Israel, demonstrating their professional and physical abilities to potential Israeli Jewish employers.

Today, the Syrian south is being publicly slaughtered before the eyes of the world with the Assad regime’s explosive barrels, Russian warplanes, Iranians and Hezbollah militias fighters and with American and Israeli complicity. Jordan is closing its borders, refusing to offer a safe haven for the new wave of displaced. Finally it looks like the closing scene of Gabriel Garcia Marquez’s Chronicle of a Death Foretold, when all the villagers know of the crime that will happen but remain silent. The world today knows where the Russian and Iranian killers and the regime thugs are heading, and the Syrian houses, people and the revolutionary spirit they will destroy when they get there.

Horan, whose name comes from Aramaic and means shelter is now without a shelter to hide.

In the vast region of Horan, the Syrian revolution against the tyrannical regime began. Hamzah Al-Khatib was the first child who was tortured to death in Assad’s detention centers. Today, we receive lists of the names of children, women, and men, who are being slaughtered by the regime and its backers. We remember that these martyrs are the grandchildren of the martyrs who were killed by the French colonialist in the 1920s, and before that by the Ottomans, which starved the people of Horan, while Horan itself had fed the entire empire with wheat.

It is the Syrian fate to face the colonialists and tyrannies, no matter how their names and identities change.