While some are holding out for the right conditions for their return, others fear government reprisals if they do writes Souriatna 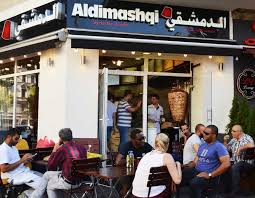 With the Syrian war coming to an end and the regime asserting control over most of Syria, the question remains: Are the Syrians returning to their towns and villages, or do they prefer to stay in the country where they have taken refuge?

Safety and security are among the foremost conditions for refugees to return, in addition to the departure of foreign militias from Syria and the disbanding and disarmament of local militias.

Conscription is also a major obstacle for the return of male refugees who fear being taken to serve in the army.

The economic situation and the deterioration of various economic, industrial and agricultural sectors is also a consideration for potential returnees.

Issam al-Khatib, a refugee in Sweden, said in an interview with Souriatna that he no longer thinks of returning, even if the war ends. He has received permanent protection, reached advanced levels of learning Swedish, and his children have become integrated into life there.

While Yamen al-Ahmad, a Syrian in Istanbul, says, "I got Turkish citizenship, I work as a teacher in a school and my income is very good. In Syria, the situation is difficult and there is no work, so I do not think about going back."

But Amina al-Hawari was more optimistic. Despite having been granted permanent residence in Germany for two years, she believes that political stability and a cessation of fighting in Syria would make her consider returning without hesitation. "I could not integrate here, I feel uncomfortable, and cannot tolerate the discrimination by some Germans. I will return to Syria immediately after the war.”

Social researcher Khaled Samih said, "Most of the refugees have established small businesses and projects and have built their lives there again, so they will not risk returning to Syria knowing that their lives will be difficult there."

A Turkish researcher shares the same views. “I do not see any hope of Syrian refugees returning to their homes, and most of them will stay where they have built a new, more secure and prosperous life," said Murad Erdogan, director of the Hugo Center for Policy Research and Immigration in Turkey.

"There are about 800,000 Syrian workers in Turkey, whose livelihood is tied to where they are, and more than 60 percent of the Syrians want Turkish citizenship," said Murad. "If we add to these about 350,000 Syrian children born in Turkey, the result does not indicate any return in the near future".

Maha Yahya, a researcher at the Carnegie Middle East Center, wrote in a report that the refugees are not looking for a good economic life. They have left their homes in search of safety, so they are political migrants". Refugees such as those are either wanted by the Assad regime or threatened by conscription, she added.

According to the report, Syrian refugees in Lebanon and Jordan have a clear vision of Syria, which they want to return to, but know that in the present circumstances it is almost impossible to secure a better future.

Media and human rights reports have documented cases of detention and torture by regime forces of refugees returning to areas of control, from European countries such as Germany, Sweden and Denmark, most of whom have rejected requests for family reunification.

The Irish Times reported that at least four of those who returned from Europe were killed in regime jails, while dozens were arrested, recruited and put on the front lines.

The regime also confiscated passports of some people so that they cannot leave the country again, in addition to being called in for regular questioning by the security services, which accuses them of having relations with opposition figures in Europe, according to the newspaper.

Last September, an infamous regime general, Issam Zahruddin, threatened Syrian refugees not to return. "For those who defected or fled from Syria to any other country, please do not come back, because even if the government forgave you, we will never forgive. So take it as a piece of advice and do not return.”